5th July 2016
To change one's life: start immediately, do it flamboyantly - No exceptions. 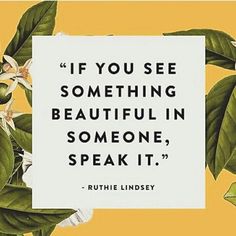 "I don't like Mondays!"  It might be a song by the Boomtown Rats but I'm beginning to agree, what used to be one of my favourite days has been not so pleasant a couple of times over the last month, mom ended up in hospital again yesterday, this time with style!  One minute she's saying I'm just going to walk Alfie, the next there's a tall bloke at the door holding her up, she'd had a fall and he'd seen it and bought her home.  Her face was covered in blood, so I took her straight over the doctors as we live opposite and he'd always told me if she cut herself, I should take her because of infection.  I expected him just to clean her up to be honest, but they took her straight through, it'd knocked me sick I won't lie!  He sent us straight to the hospital saying I think she may have broken her jaw but as she has such a high threshold of pain, she's not showing it!

She had, we had to have xrays and an ecg just to make sure it wasn't her heart that caused the fall and after just over 4 hours, we were on our way home with instructions to go back tomorrow to get her prescription for painkillers and antibiotics, she can't eat any solid foods for 6 weeks and we'll get a call in a couple of days with an appointment to go back next week so they can decide whether to operate or leave it to heal on its own, he said she's just have arthritis in the jaw, that'll match the rest of her body!  A doctor actually tried to put the dislocated bit back in place, hurt her like hell, I sat squirming, she was so brave.  It's her birthday tomorrow too, lots of love and attention is on the agenda for then as she's not going to be able to have cake, posh ice cream maybe.

So that was most of my day!  I'd spent the morning rushing round buying her birthday gifts and I feel awful as before she went I was sat thinking I wished you'd take the dog out so I can wrap your gifts - be careful what you wish for ay!

As you can imagine food wasn't really a priority when we got home last night but we did have a delicious lunch before it all happened, we had a bit of salad with Weight Watchers crustless quiche, they were tasty, I'd definitely have them again.

But for now, I'll mostly be buying or making soups for mom, let's see how tasty I can make them, I know she likes mushroom soup, can't really beat a can of Heinz there.

I've got a fridge full of food as I'd just had a supermarket delivery, it'll last twice as long now as she can't eat any of it!  I could cook the whole chicken and use the carcass to make a nice soup maybe, mmm maybe.

I'm just so relieved she's okay, it was such a shock, nothing can prepare you for seeing your mom looking like that!  But, onwards and upwards.  It's a stark reminder to all that you don't know what's round the corner, a young lady on the till in a shop actually said that to me yesterday.  How right she was.

Remember that, don't delay, don't put off all those things you want to do, never forget to tell those you love how you feel, don't assume they know.  Take care of you and those you love, oh and have a great day.

Today I am grateful to the man who bought my mom home, to the doctor who realised she did need to go to the hospital and to each and every one of the staff at New Cross hospital, we really do need to love and respect our NHS, it's amazing.