Who knew - BBQ - something new! 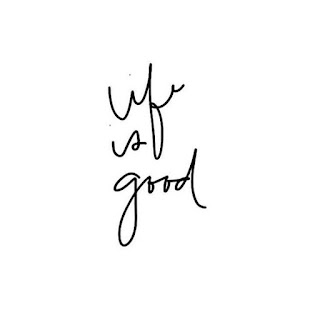 Very short one today, extremely busy day, 6 meetings, 5 with my members, one with a colleague, it’s all good, I’ve certainly not got time to be bored.

Yesterday’s food wasn’t too bad, although a bag of cheese and onion crisps dived into my lap about 9pm!  Breakfast was scrambled egg sandwich, lunch was delicious if I do say so myself, my plans were to have salmon but it hadn’t defrosted, I realised I had some chicken breast in the fridge so grabbed a couple of them, found some Weight Watchers Smoky BBQ sauce in my pantry so poured that on the chicken, roasted in the oven and had it with chips and coleslaw, so good, so easy, half hour of leave it to cook in oven whilst I got one with something else.  Those marinades/sauces are great for zero points and microwave chips are my future, I won’t ever cook chips from scratch again I don’t think, as they are perfectly portion controlled and only 5sp.  I never knew I liked BBQ, so something else new to add to my menu. 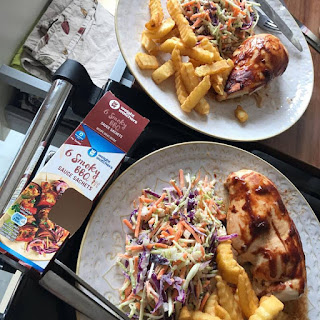 Then for my tea I did have the salmon on a salad as I wasn’t really hungry, yet the bag of crisps still made its way into my mouth, why oh why did I waste 4sp.

Member success last night was great, Wayne showed me his medal for cycling, I was so proud and pleased for him, that had been his goal as he was losing weight to compete in that race and he came away with a medal, he’s also over 100lb lighter which also deserves a medal.  Next our Stacey got her stone proving persistence pays off, let’s just say it’s taken a while, she’s never given in though, enjoying the journey and sticking with it, that’s truly impressive.   Tracey also got her 25lb certificate, proving that no matter what’s going on in your life, if you make yourself a priority as well as others, you can succeed.  Self care is essential!

Of course not everyone lost, it was a Bank Holiday after all and a particularly sunny one which usually ends up with some of us over indulging and enjoying it a little too much maybe.

This week’s week 1 of my 8 week challenge, I know some of you are joining me, today’s day 3 or should I use Sept 1st as day 1, you know what it doesn’t matter, as long as we’re doing it to the best of our ability, the weight loss will come, people will notice, we’ll feel the difference and our world will benefit.

I plan to have a great day, I’m going to go and make a sandwich and put it in my funky WW lunch box, use my cool snack pots for my bit of fruit and take them with me to work in case my meeting so I can grab a sarnie inbetween my meetings at lunchtime.  I’ll take a piccy and post it later!

Here’s to a cracking good day, focus on the 24 hours in front of you and those 8 weeks will fly by BeYOUtiful.


30th August 2017
Appreciate life as it happens.  Moments will soon pass and you will wish you had treasured them more. 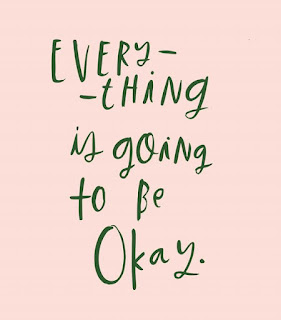 The rain is back then, hey ho, at least we got that lovely, sunny, bank holiday weekend.  I have such a busy week, the weather doesn’t make any difference at all.

Food wise, I’m doing alright, I have myself a little Weight Watchers Salt & Pepper curls addiction, a packet a day, but as they’re on 2sp a packet, it’s okay, I do love them.  My other foodie fav at the minute is edamame beans, they’re so good, in salads, on a dinner or on their own with a bit of salt, mmm.

I need to take something out of the freezer to make a meal with today, not sure what I’ll make, still not easy to work in my kitchen, there’s just not enough worktop and cupboards yet, lots of stuff still in storage in the shed, so I’ll have a think, salmon probably as that’s so easy to cook on the George Foreman and I do like it a lot.  For ease I might have it with tinned potatoes or pasta, samphire, maybe some butter beans and edamame beans, bit of lemon juice, I have a lemon and herb rub actually that I got from Aldi.  Sorted that’s dinner.

Breakfast will be eggs, scrambled I think today, nom nom.   Then for tea, I’ll be late in tonight so something light, if I make extra at lunchtime, I could have that with a tin of tuna, I have a plan.  I need one, busy days mean less food thinking time, I’ll take some chicken out too I think for tomorrow, maybe make a curry, I’d like to do the teriyaki chicken or Malaysian chicken but I don’t know if I can be bothered to try and search out all the herbs and spices and sauces that I’ve put in storage in my pantry.  Oh I’ll be so glad this time next month when hopefully my kitchen will be finished, it’s boring now ;-)

Right I’m off to get ready for my day, a walk in the rain if Alfie is brave enough, it was great seeing everyone yesterday ready to recover from the Bank Holiday, we still have quite a bit of weight loss too which was a bonus.

8 weeks to make a difference remember, in 2 weeks you’ll feel it, in four weeks, you’ll see it and in eight weeks you’ll hear it.

Let’s do this – we got this BeYOUtiful!


29th August 2017
The fact that you aren’t where you want to be, should be motivation enough. 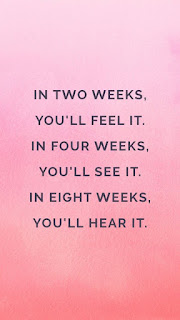 Keep going, you’re getting there!

I finally managed to cook a meal from scratch in my ‘half a kitchen’ it wasn’t the easiest thing though as I don’t have a lot of working space at the moment, I needed to cut a squash in half and the work surface was full so I used the chopping board on their floor!  Yep, getting the rest of the units in can’t come soon enough now, then hopefully the sink will be replaced before the end of September and the other walls plastered and it’ll all be done.

The meal I did manage to cook was delicious, I finally managed to get my hands on a spaghetti squash, it wasn’t cheap as it was from Waitrose but I’ve seen them all over the internet and wanted to try.  People use it as a replacement for – you guessed it – spaghetti, once cooked you can use a fork to shred the middle and it takes on the appearance of spaghetti. 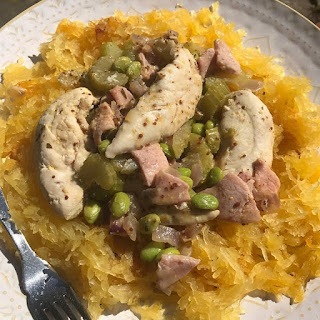 I baked mine, then in a frying pan cooked onions and garlic, then added chicken, bacon medallions, celery, edamame beans, chicken stockpot and a spoonful of wholegrain mustard.  Mom absolutely loved it, which is always a bonus when I cook a meal. 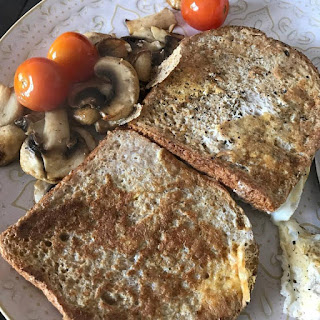 I’d had eggy bread for breakfast and the two meals were more than enough to fill me up, I did have the leftover chicken from dinner in a WW wrap for my tea though before having another early night and another restful sleep.  I’m lucky that the week after I have a string of bad nights I do seem to balance them out with good ones.

How lovely was the weather this weekend, I’ve spent a few hours out there with mom just sitting and enjoying it, not quite a holiday but not a bad staycation that’s for sure.

Only 3 days left of this month, then we start September, it’s just going unbelievably fast this year, it really is, I’m under that stone and wanting to get closer to the next stone, so I’m thinking about the 8 weeks to make a difference idea, in 2 weeks you’ll feel it, in four weeks, you’ll see it and in eight weeks you’ll hear it.

Yeah I have a few things that would fit me better if I was that bit lighter, so I would definitely feel it, I know when I get closer to that half stone mark which is 5lb away, I will certainly see it, then if I could do half stone in the 8 weeks people would definitely notice and I’d be hearing about that for sure.

Yeah 8 weeks, one day at a time so 56 days, today can be Day 1, it doesn’t have to be day 1 off my week, just day one to start focusing on different things, tweaks each day or weeks, such as increasing my active minutes whilst walking, drinking more water, eating some fruit, staying focused.

I’ve got my food shop coming today, did my shopping sitting in the garden yesterday after I’d eaten my dinner so I wasn’t hungry and tempted.  Only a small order, needed some salad and fruit and dog food, I’ve even ordered a few cans of gin and slimline tonic as it’s lower than wine, although I was on the Becks blue yesterday and I’ll opt for diet coke the rest of the week.

Time to get ready for a day of meetings at Willenhall, there’s a great joining offer online, saving 30% on the 3 month plans and registration fee, only £52.05 for the 3 months, https://www.weightwatchers.co.uk/uk/checkout/#/plan great time to come back!

Here’s to Day 1 of 56, 8 weeks to make a difference, realising how quick this year has gone, those 56 days will fly by and at the end of them not only will I be lighter but my wetroom will have been functional for a good few weeks and my kitchen complete – I’ll have started thinking about the living room!

We’ve got this BeYOUtiful!
Posted by Bev at 6:09 am No comments: