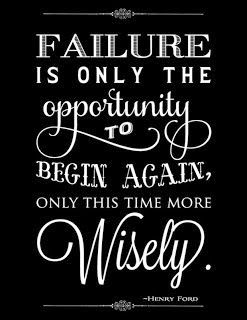 Sometimes the smallest step in the right direction ends up being the  the biggest step of your life.  Tip toe if you must, but take thae step.

A festive latte has as many calories in as a big mac!  I just heard that on radio 2, over 500 calories – ouch!  Sometimes we don’t realise the ProPoints of liquids.

I’m keeping my word to myself this week, 30 minutes walking at least a day, yesterday it was 40 minutes, 3.5k and I’m feeling good for it.  My plan was to move from 29 on my fitbit leave table to in the top 20, and this morning I’m 19, so I’m a happy lady.  Realism see, I wasn’t planning on getting in the top 10 those ladies can’t hold their places for now, and the top 3 well I reckon they’re loonies and need to sit down ;-)!  So all those of you that bought your fitbits in my meeting last night can now safely add me as a friend and I will accept you, for those who weren’t there, I wasn’t accepting anyone who walked more than 8,000 steps a day till I made the top 20!

That fitbit really has made me aware of what I’m ‘NOT’ doing and I’ve also realised since I’ve started eating better over the last couple of weeks and moving a little bit more, I’m sleeping even better, so it’s a win win situation and the positive feeling is rolling over and encouraging me to keep up the healthy.

Now the main reason I’m glad I’ve got that fitbit is it’s made me realise the activity doesn’t have to be extreme, I don’t need to get back into running, whether I walk 5k or run 5k I’ve still covered the distance, it’ll just take a bit longer.  Yesterday I asked one fitbit friend who’d run a 10k she’d been training for at the weekend if she hadn’t worn her fitbit because her fitbit was showing about the same as mine and she told me she had worn it but she she’d been worse than a sloth since.  Again that’s confirmed to me, little and often is ok, I don’t want to run again as my back and my joints are probably the best they’ve been in a very long time and I don’t want to risk changing that, so walking it is.

Food wise, I’m on 3 meals a day and I’ve gone to porridge this week for breakfast with a banana in, making the overnight oats and I’m really enjoying, although I’ve just used the last so need to get some more and I don’t need to do a shop till next week now.  I might nip into Asda because I need lambs liver too as Sainsbury’s substituted it on my order for Taste the Difference diced beef at three times the price!  Erm I don’t think so, the livers for Alfie and as rich as his taste buds are, my purse isn’t that full, I emailed a complaint and they’ve refunded me.

We had egg and chips yesterday, they were lush and all Filling & Healthy thanks to the Actifry and believe it or not I dreamt about cottage pie so that might be on the menu today, or I might do a beef in gravy with a potato topping, yes this was all decided in my sleep – now that’s taking the weight loss too far!

I’m loving looking at our behaviour patterns in the meeting this week, think we’re all realising how we can change them if we want to.  Of course you’ve got to actually want to change – that’s the biggie!

It’s one thing saying “I want to lose weight”, it’s another thing actually meaning it and doing it.  I’ve been saying it most of the year but until the last month, I don’t think I’ve actually meant it, I’ve felt I should and I ought to but I’ve just not really been bothered enough, now I just feel different and I’m positive that I can do this.  Christmas is exactly 7 weeks today, oh my days, I so want to be at least 7lb lighter by then, yes I do and this time I mean it!

Here’s to another great day BeYOUtiful, let’s get enthusiastic about this weight loss lark!
Posted by Bev at 6:46 am