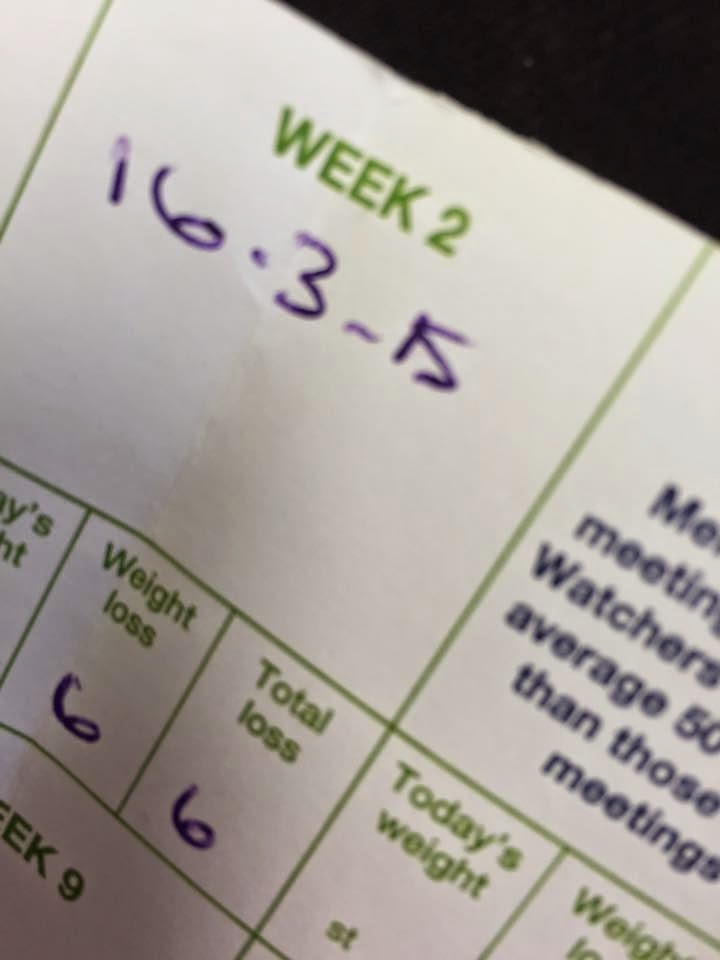 Can I get a Whoop Whoop, yes as you've probably gathered I've woke up in a good mood, I lost a very unexpected 6lb yesterday, I was absolutely chuffed.  I expected a couple of pounds because I'd followed it 100%, weighed and tracked absolutely everything I'd consumed and the week before I'd really overdone it,  so had I not lost I'd have been stumped.  When we realised it was 6lb though, wow, that really shocked me as I've struggled for a good year and gained a stone in that time.

Last week wasn't easy, easy would've been thinking sod it on a few occasions, but it really was worth it and it was lovely to be sat in my meeting with the other members who'd lost as well, it felt good and to know my leader cares too, that's the icing on the cake.

I love that I still had my wine too, and I've eaten well, these are the different meals that are on my tracker (some more than once)

Not a bad list, there was of course red wine on the tracker, skimmed milk in my drinks, a few becks blues, a few bits of fruit and a couple of sugar free jelly's.

I'd earned some activity ProPoints on my fitbit but only used 1 of them, that doesn't mean I won't be using them this week, I just didn't need them last week and I really wanted that first good lose to help motivate me onwards.  It worked of course because Weight Watchers does work.

It's 14 weeks till the start of summer and I'd love to be a stone lighter, if you'd asked me the same question last week, I'd have wanted the same, but wouldn't have been as convinced it was achievable!

Now to keep this momentum going, we all know it isn't ever easy to stay on track but sometimes it's just plain difficult, I'm going to keep going, I've got my support system in place, my besties doing it with me and I know I can do this and guess what - So can you BeYOUtiful.

Let's have a great week focus on the sunshine that's on its way, eat food we enjoy but that's within our allowance, I'm enjoying the food I eat at the moment, I'm giving it my full attention when I sit down to eat, that makes a difference, I'm also realising having smaller portion sizes is okay, I'm not starving afterwards, it has all been in my mind!

Been reading your blog for a while Bev - can I say well done for your fantastic 6lb loss!!

I am an ex-leader who's finding it very difficult to track 100% and actually stick to the plan.

You've inspired me - thank you!
Diana

Diana, you can do this, I know you can and so do you xx