A pinch of reality with a dash of positivity! 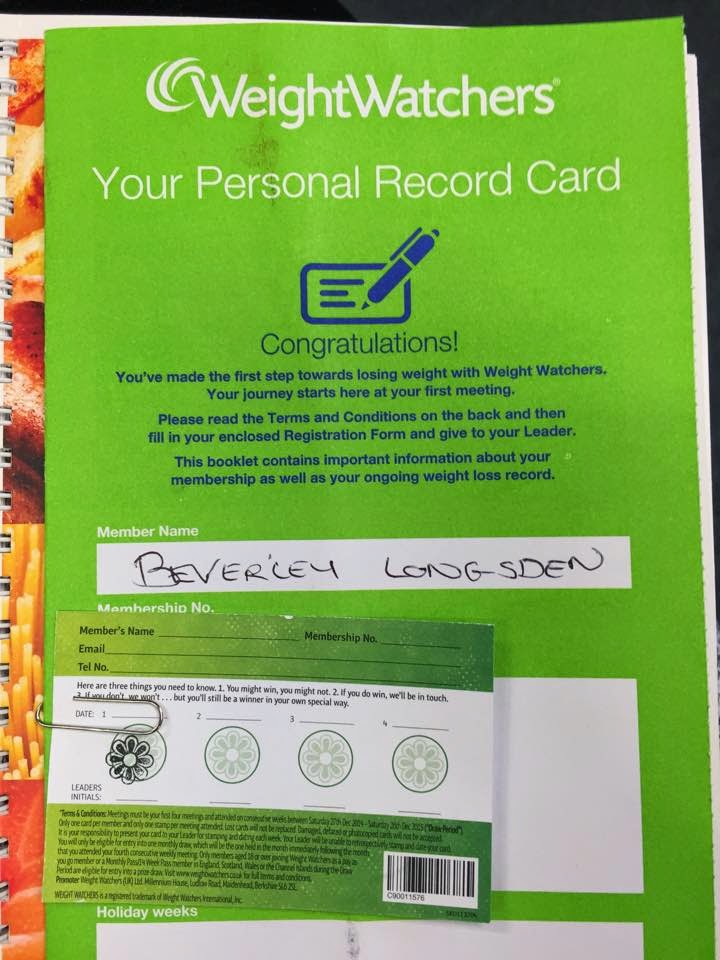 Well my plans turned out totally different yesterday!  We had planned for 3 of us to go window shopping in Lichfield followed by a coffee shop, we ended up 2 of us joining Weight Watchers for some group support and to get ourselves a leader!  And am I glad we did...

To say she was a little surprised to see us was an understatement, her first line as I handed her my card at the scales was "what are you doing here?" It was of course meant in the nicest way, unfortunately for her it was the worst thing she could've said as it's what every leader has ever said when I've attempted to join their meeting and become a member (not a leader), well I was a bit hormonal yesterday, turns out actually I was quite a lot hormonal because I just started crying!  Not floods of wailing tears, just enough to not be able to 'not cry', I can't even tell you why, I don't think it was just what she said, I don't know if it was the numbers on the scale, could it have been the fact I was wearing leggings because I couldn't get in my jeans?  Does it even matter - NO!  What matters is she then realised I wasn't there 'just for fun', I was there for me, and she was fantastic, she asked me my reasons, and coerced the truth out of me, I was treated like a member.  She also got me to commit to tracking 100% and walking 30 minutes a day, taking time out for me and my health because as she put it, "you take care of everyone, you'll do anything for anybody so let's do something for you".

That was enough, I just needed that little bit of support, guidance and belief, I needed to sit in a meeting where I was a member, not a leader, where people didn't know me and I loved it!

The meeting was about eating out and as Lynne and I was off to do just that, we left motivated to do it within our allowance and we did!  We both had grilled red pepper salad topped with a grilled chicken breast and we ordered a jacket potato as a side, and had half each, 8pp of delicious.  I even gave the lady the chocolates back from our drinks so that we weren't tempted!   We worked that out by assuming you get one chicken breast for 4pp and half a potato 3pp, plus 1pp in case they sprayed any oil on the chicken or pepper, it didn't appear that they had but better to be safe! 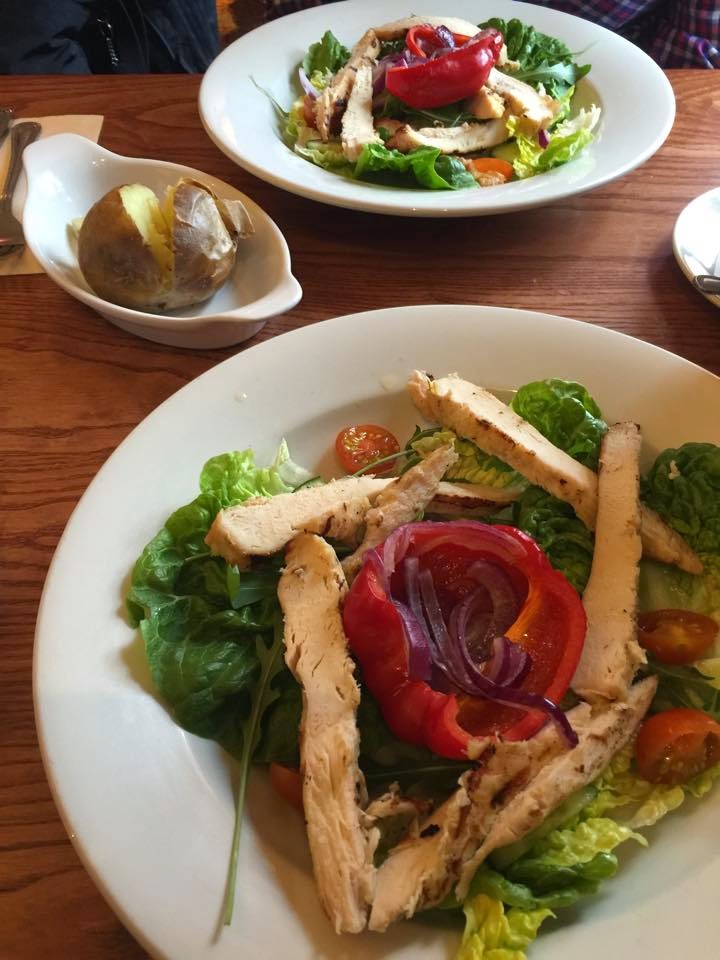 We also had a walk round the Waitrose at Lichfield and treated ourselves to a few nice ready meals so that we can stay on track over our busy work days, and when I got home, I convinced Alfie to join me for my 30 minute walk, which meant I was out for an hour, but we would've walked for 30 minutes and stood staring for the other 30!

I finished my day on exactly 26pp, feeling good!  It was lovely to wake up this morning and realise I'd ended my day on track, even if I had endured a night of stomach cramps and night sweats - oh the joy of being a middle-aged woman!

So today I might be having trout for one meal if my member remembers he promised to bring me a piece, if not I have eggs, I also have some shredded ham hock which will go nice with mash (readymade - being lazy!  Or busy depending on how you want to look at it) yeah I'm ready to sort this out.  It's been exactly a year since mom had to spend a week in hospital and I've been pretty useless with the weight loss efforts since then, so now I have my support and we've made it a priority, it's time to start losing.

Have a tracking good Tuesday BeYOUtiful.