Putting it in writing is a reality check! 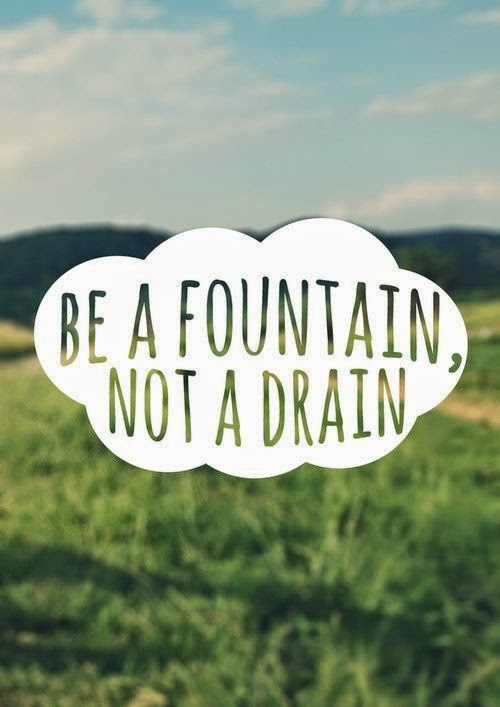 I was really chuffed to find I'd lost another 2lb yesterday morning at my meeting, that's 8lb in two weeks, just shows when I do it 100%, it really works.  I'm tracking religiously, everything, as soon as it's consumed it's written down.  No cheating, no lying.  So if I have an egg and it's a large one it's 3pp not 2pp!  I'm weighing stuff when possible and yesterday when we ended up in a cafe for breakfast rather than a pub for lunch, we asked the lady to swap our sausage for bacon and she grilled it for us and poached the mushrooms.  It's just too easy not to ProPoint stuff, like the biscuit that came on the side of our coffee cups in the cafe, when I looked on esource, they're 1pp each, we had 2 cuppa's so could've easily wasted 2pp, plus if we hadn't asked for skimmed milk or grilled bacon, swapped the sausage, let her fry the mushrooms, that would've made a massive difference to a meal that wouldn't have looked any different but would've cost me a heap more ProPoints.

Making small changes have been making a big difference, for instance, I like beans on toast, so instead of two big slices with 1/2 tin, I had 2 smaller slices with 1/3 of a tin, and surprisingly enough, I'm not hungry afterwards but I have saved 3pp!

I could've easily turned to comfort food these last few days with this lurgy, it's all in my head now, I've never had a runny nose, run so much it actually wakes me up in the night - yak!  But instead of food, I've turned to paracetamol, they're actually more useful! 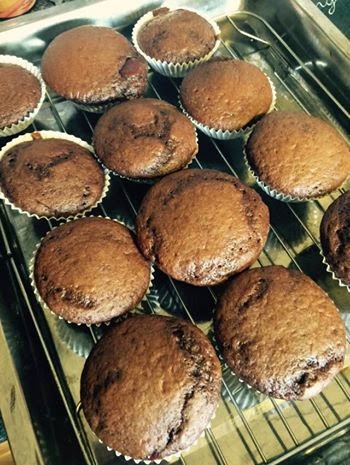 I did bake yesterday afternoon though, made the chocolate cupcakes from the April Weight Watchers magazine, very nice indeed and well worth 3pp!  I'm looking forward to this week's meeting, we're looking at getting creative with desserts, that'll be fun, most of us like a good pudding, I'm partial to banana and custard, now that needs to go on my 'to eat' list, those chocolate cakes would be awesome with a bit of custard on and that'd be a 'big enough' sized pudding for 5pp.

I've found lots of low ProPoint goodies for my front table to be used as ingredients in those sweet treats we all like to indulge in.

The last few weeks I've really started to 'want to' lose weight, the last year I've been saying 'I just can't do it' but I've realised the truth was I just didn't want to do it, it wasn't important enough to be, I was getting away with people not really noticing and everyone kept saying I looked okay, so I believed them.  Add to that I'm happy being me and my size wasn't really bothering me.  However now, I do want to lose weight, I want to fit in the jeans I wore last summer and I want to fit in them comfortably!  I want to not have that "what can I eat next", thought constantly in my mind, and it's been there for a good year now, but the last two weeks I've hushed it quite a bit, I think it's getting the hint that it'll be fed when it's time and it'll be less than it has been but it'll be enough to satisfy myself physically and emotionally and it'll keep me going.

Yeah I want to lose weight, I've lost 8lb and I'm 1lb off my 5%, I'm thrilled, I know some people don't think I need to lose that much but according to the charts I do, I haven't wrote in my blog what I actually weigh for a long time!  That in itself proves that I want to lose weight because if I wasn't bothered by my weight I wouldn't care who knew what it was!   I still have 19lb to get me back to my 'official' goal weight, so yes I was almost 2 stone over goal a fortnight ago, I kept saying it was a stone but it kept creeping up!  Then suddenly one morning the scales said OUCH.  Now I'm getting it off, and confessing on here that I started back at my meeting 12st 5lb is a way of putting myself on the spot because now everyone knows my weight, just in case your maths ain't great, I'm now 11st 11lb and that needs to be 10st 6lb!  I hadn't seen those numbers since March 2014, kept my weight off for ten years, I won't go back to where I started!