Friday 16th October 2015
Happiness is an inside job.  Don't assign anyone else that much power over your life. 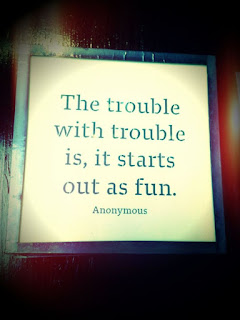 Get me, asleep till gone seven, the I did my headspace and had a cuddle with Alfie before finally getting up and making me and mom a cuppa, the suns just rising out there and it looks like a good one, it would be a great one if that great cloud would go away.

I'm on the back track now as I'd normally have been up hours but who cares, it'll all get done, or it won't, that's the beauty of life, we have choices.  Today I choice to not worry about doing a yoga session, instead I'm gonna go to the cinema with my bestie because that will be far more enjoyable!  I'm also going to have me a lovely massage later, so yep today's my me day and I'm gonna do what I fancy.

But first some paperwork, it's not all fun and games, there's serious business to be done too.

I'm still on track, coming into the weekend with weeklies intact, had a lovely steak for my tea last night, let Alfie have a little of it, he saved me a couple of points.  For lunch we had that Gyros rice I'd bought from Lidl, it was alright, I'm not a huge fan of ready made food, but it was okay and the portion size was impressive for 10pp. 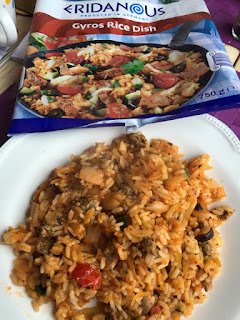 Another cracking day at the scales, Michelle achieved her 50lb certificate and I couldn't be prouder, she's worked really hard to get that and has so much other stuff going on in her life which makes it all the more of an achievement.  Janet also achieved her 75lb certificate, she told me she never thought she'd be able to lose that much weight, and another 3lb and she will have achieved her goal, just incredible!  Another Michelle got her 25lb certificate, I love that there are so many of my members at different stages of their journey, whether it's the first 3lb or 30lb, we're all supporting each other along the way.

Now I asked a question on my page yesterday;

Okay I want a from the bottom of the heart honest response, don't overthink it, just comment the first thing that comes into your head.

Do you just want to be lighter or do you want to change your eating habits, so that you can keep that weight off for longer, even if that means not having the 'goodies' such as sweets, crisps and booze as often as you might like at the moment?

Answer to yourself before continuing...


I think what I wanted to see was that the members in my meetings are changing, even if they joined initially just to get "thin", they've since realised healthy is the way forward, it's all about balance.  Being thin at any price isn't worth it, not if it's detrimental to your short or long term health anyway, I don't believe it is anyway.

Weight Watchers and doctors recommend that both men and women lose up to an average of 2 pounds a week after the first three weeks, two pounds a week is based on years and years of scientific evidence that shows dramatic health risks associated with losing a rate greater than that.  It's just not worth it, is it?

I mean think about it, you lose it all super quick, your leader says "congrats you've got to goal", your doctor says "but your kidney's are shot to pieces!"

Then of course there's the fact you could lose it at up to 2lb a week but the content of your diet is ridiculously bad, so yeah 26pp a day may be your allowance but should you be spending it on a kitkat for breakfast, a salad for lunch then a bag of chips for tea? 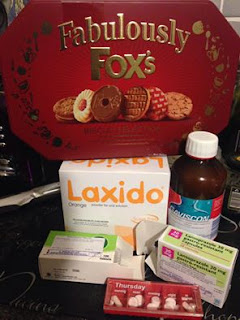 So I shared this image from a year ago on Facebook yesterday, thanks to my timehop and this is what it looked like and said;

Serious thought of the day -
My mom used to think treats like these were a bargain & worth it! Listening to her coughing this morning because the acid has burnt her throat so badly & seeing just a sample of the medication she now takes for stomach problems - we've both realised they aren't worth it at all!

So think on, I know I need to cut down on the amount of wine I drink, and this week I have, do you need to make changes to make your daily diet healthier?  I'm not saying never, I'm suggesting getting the balance between healthy and treat a bit better.

On that note, I better get on with my day, running behind I'm happy to say, but doing it totally recharged and refreshed and feeling fabulous!

Have a great day BeYOUtiful!