Having energy on a Friday - what's that all about!

To know what you think, write it down. 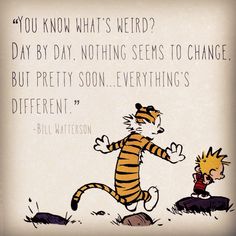 Well yesterday was odd!  Normally on a Friday, I'm not much use at all, I like to take my time and then relax but instead I cleaned the kitchen, washed up the lot.  I don't know what that's all about but it could have something to do with eating a lot more salad and drinking a lot less wine, don't like to admit the latter but...

So I cleaned the kitchen because I was waiting for mom to come back from her flu jab, didn't want to go out until I knew she was back, guess what... They forgot her, REALLY!  She's the one with the alleged Alzheimer's and they forget she was there and left her for almost an hour.  Anyway this meant I was running late as need to do a things, so by the time I got to the supermarket I didn't have much time at all, then some numpty nicks my trolley whilst I'm in the changing room trying on a dress!  Really, what's the world coming too, I wouldn't have minded if it was empty but it had a cardigan in I was going to buy.  All for the pound coin, how sad is that!

Well that really through me so I did my shopping the best I could but I won't lie my head wasn't really in it, plus I was rushed but hopefully I've not forgot too much, I know what I've bought is healthy that's the main thing.

I managed to do my Yoga session too yesterday, when I saw the incredible sunrise, I went straight downstairs and started, so by doing that first thing, it was done, I think I wouldn't have gotten round to it, if I'd left it later, especially as how my day progressed.  It's got to be a good 5 or more years since I've done yoga, I stopped because Alfie thought it was a fun game as a puppy to climb all over me and if I shut him out the room he'd whine, now he's grown I should be okay again!  Oh the difference those years have made, everything was crunching as I was doing the moves, I'm not as fit as I was at all!  Hopefully, I'll get less crunchy as time goes by.

Now when I got back from my much needed massage, I cooked!  Normally on a Friday teatime I'm too shatter to want to stand in the kitchen but not yesterday, we had chicken pancakes with spiralised courgettes and carrots, olives, peppers, onions and it was proper tasty. 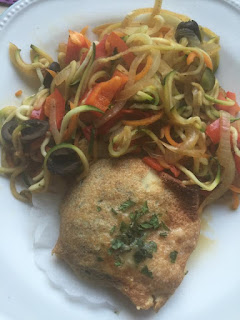 Of course it was washed down with a glass of wine and the plan had been to only have one, so this morning I'm miffed I had more than one because having that made me peckish and I had a bit of the beef joint I'd cooked so wasting even more points because it wasn't even that great a piece of beef!  And now I'm running out of weeklies! But I'm not going to let that knock me off track I just won't be drinking so much this weekend if I haven't got the spare points, because I will be getting a weight loss on Monday, I am going to get back to my personal target.  And it's hard to admit in writing that that total is 18lbs away - ouch!  I'd be happy with a stone but 18lb is really what I should be aiming for.

Anyway now I've digested that reality, I better get me a shower and load my car ready for my crazy Saturday lot ;)

I might have a similar breakfast to yesterday, oats, natural yogurt and a banana.  Yesterday I sprinkled a few pomegranate on the top as that was all the fruit I had.  I know overnight oats are all the rage but I like the same ingredients but prefer them when they haven't been left overnight to congeal together!  I like the raw oats covered with the yogurt and fruit as it is.  I bought some raspberries yesterday, might have those on it today.  But then again, I have loads of eggs so I might have scrambled, poached or chucky eggs, decisions, decisions!

Right I'm gone, have a great day and remember just BeYOUtiful because you're amazing. xx
Posted by Bev at 6:21 am