Here's to another great day...

14th June 2017
Consider how hard it is to change yourself and you'll understand what little chance you have in trying to change others! 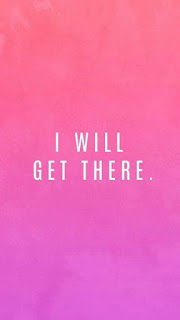 Morning and a glorious one it looks like from my window too. I've already been down and put a joint of pork in the slow cooker, I'm experimenting! I've never been a pork fan but I'm going to cook it slowly and see if I can shred it and then have it with gravy and mash I think, we'll see, I might go down the sweet and sour route yet.

Yesterday was a No Count success, breakfast was egg and tomatoes on toast, lunch was a nice big piece of salmon on a bed of couscous and vegetables, I added a stockpot to the vegetables which once the couscous was cooked and stirred through made for a delicious meal. The for my tea I had Weight Watcher wraps stuffed with home made coleslaw and chicken. I bought the coleslaw pack from Morrisons already shredded but instead of using the dressing in the bag I mixed quark with mint sauce, tasty it was.

I think it'll be a counting day today because I want gravy on my pork, ooo be nice on a bap, or with mash and veggies, whatever I have I will finish the day on track, I want 2lb gone by Monday.

The salmon I had yesterday was immense, it was off the fish counter at Morrisons, £3 per steak though, it's not cheap to be healthy and tasty is it! The cod I've bought was the same price and I had a trout for about the same. If you compare it to the piece of pork I had for £6, that was a couple of kg I bet, the fish was about 200g per piece. Mmm I know you can buy healthy cheap but if you want the tasty stuff too, it does push the price up.

Couscous is cheap, that's a great way of bulking out the meal and getting it tasty, I'm loving those stock pots for adding flavour quickly and without effort.

Oh we had telecare here yesterday, they've bought me a pill dispenser not a minute too soon as after I'd left the house yesterday, mom must have gone back to sleep, then when she woke up she thought I'd gone out without giving her, her breakfast and medication so she'd got up and found it herself, thus double dosing! At least this way I can lock it all up and she can't get to it. They've also given her a pager watch thing that she can press to get my attention or it will go off automatically if she falls. It's not going to work though because when I came home from work, she'd took it off and left it on the side!

I rang the carers support team 6 weeks ago and the lady said someone would call me within 2 weeks to arrange an appointment, yeah you guessed it, they haven't. The forms I filled in almost two months ago now, heard nothing. It's a good job we're managing isn't it. I believe its carers week this week. If you're interested http://www.carersweek.org/about-us there's info there. I'll continue to do what I'm doing, I think it might mean another trip to the doctors for her as her ankle is now swollen and I'm not sure what's going on there. 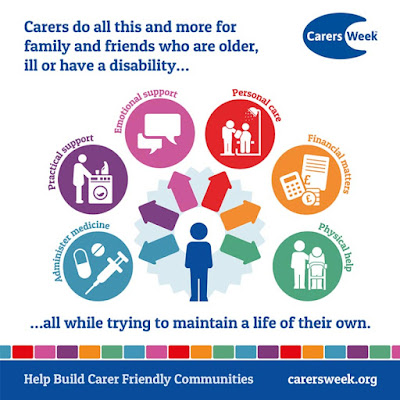 I will stay on track and lose 2lb this week!

What will you do BeYOUtiful? Enjoy your day.