There it was, gone!

26th December 2017
There is no cosmetic for beauty like happiness. 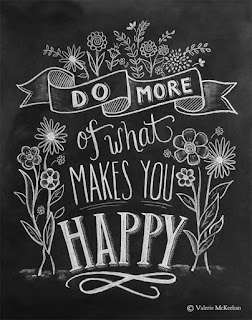 So… How was yours?  Mine was lovely, quiet and relaxed and spent with my mom.   She loved her gifts especially as she wasn’t expecting anything and she didn’t get up till gone 9 so when she walked in the living room and the sack was on her chair she was chuffed.  We did the usual Christmas day overeating, mom requested egg and chips for dinner so that’s what we had, with sprouts of course!  Then we watched tv all day and had an early night.  Doctor Who was amazing, I watched Miracle of 34th Street again which is the ultimate Christmas film, I wanted to watch A Wonderful Life but it wasn’t on the channels I pay for, I’ll get round to it at some point.

We ate way too much, I’m hoping that was what caused me to wake up at 2am and bring it all back up and not that I’ve eaten something dodgy or have a virus of some kind.  I genuinely think it was because my stomach is just not used to consuming so much rich food all in a 12 hour period!  I didn’t quite beat Lucy Loose Lips tracker but I came close, yep I tracked it out of curiosity, 199 Smart Points consumed, although it was really 195 as my M&S salmon & egg Royale had 2 eggs in and they’re zero foods (that was the best thing I ate all day too).  Now I’m a bit afraid to eat my Boxing Day banquet I’ve got planned in case it doesn’t stay down; all that buffet style food and its ‘use by’ date is today too!  I’m sure I’ll get over it and enjoy it later, the memory of the middle of the night is already starting to fade.  I’m sat with a can of diet coke, strangely enough fizzy pop has always settled my stomach, ever since I was young and suffered with terrible travel sickness.

I am looking forward to getting healthy again, if nothing else Christmas always reminds me that I actually like good, healthy food, that it is as delicious as the junk stuff.  I’m really pleased to say, nothing I ate yesterday was a patch on what I can create myself, it was M&S stuff too.  Sometimes you know posh stuff don’t taste as good as your memories….  M&S Sherry trifle ain’t a patch of a Bird’s Strawberry trifle, Sainsbury’s Taste the Difference Tartare Sauce sure ain’t Heinz!   Yep, some things don’t need to be ‘improved’ upon, they’re perfect as they are!  They’re always trying to come up with new ideas but sometimes it’s better to stay with what you have because they are perfect as they are.

Boxing Day, what will I do today, pretty much the same as yesterday, walk the dog, tidy and wash up, then chill.  The only extra thing today will be trying to make all the rubbish fit in the bin because there’s more than usual.  What a rock and roll lifestyle I lead!

The Boxing Day sales aren’t even tempting as there isn’t anything I can think of that I want, except my curtains of course but I’m in no rush, waiting on a sample, being measured up later in the week.  I am trying to think of something as I had some cash for Christmas and I want to get something memorable that will last as a reminder of how special the people that gave me the gift are.  I’m thinking a necklace with a Starfish on it, I’ll sleep on it.  I could buy myself a new fitbit as I can’t find mine but I don’t know if having one is important enough to me to be honest, I roughly know I do 68k steps a week so why do I need something to confirm that, unless I’m planning on upping my game of course.

Today there will be no thinking, there will also be less eating than yesterday, I think my body told me exactly how it felt about that, my stomach wasn’t having any of it.  I might go for a decent walk without the dog, or maybe not, I’m still in the ‘resting’ stage of my break, not ready for the movement, not bored of doing nothing just quite yet.

Here’s to a lovely day whatever you’re doing, enjoy the time you have BeYOUtiful, make the most of every moment.