6th December 2017
No one is you and that is your superpower! 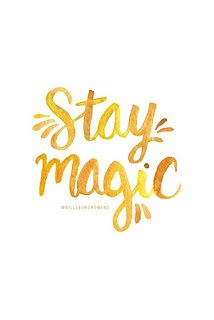 I gained 5lb this week, then mentioned in my meeting yesterday morning that I struggled to eat the big portions of certain foods I used to be able to, also I’ve not got the appetite for some foods I once had because my tastebuds have improved and one of my BeYOUtiful members said, “You still managed to gain 5lb which is good going to say you can’t eat as much!” or words to that effect.  Well, let me tell you all a little bit of information, you don’t have to eat a lot of food to gain weight, you just have to eat the high calorie stuff, same with drinking.  Don’t assume an overweight person eats more food in volume than you!

There was a time I could eat a KFC family bucket to myself – who needs a family, I once sat in the KFC drive thru whilst eating a Big Mac because I couldn’t decide which to have so I had both!   Just typing this makes me want a Big Mac and yeah I could eat that at six in the morning no problem at all!

Yes I had donor kebab and chips on Friday night, but I had a tray of chips and threw half away because I was full, even after I’d shared the donor kebab with the dog, there was a time I’d have eaten a big bag of chips and the entire donor and as for sharing food, hell no!

I am a self-confessed GREEDY BITCH!  I just control her a little better these days, one of the workmen asked me Sunday if I did Weight Watchers as well as it being my job, my response was ‘I sure do because if I didn’t I’d be three times the size I am now”.  I could quite possibly be one of the worst Weight Watchers in my meetings but what I have got over most is my ‘stayability‘ I keep trying, I’ll never give up because I know what would happen if I did.

The truth is I actually like being me, I love how passionate I get over food, I love to spend time in the kitchen making a dish I’ve never made before, messing with someone else’s recipe.  I also love nothing better than sitting down to a plate of mashed potato, oh it’s the best food in the world.

See there’s so much to eat and so little time!

That statement alone is why I will always be a Weight Watcher, it keeps me under control, it helps to remind me that I don’t have to eat it all in a day!  I can write my “To Eat” list and eat it another day (I know one day there won’t be another day, but we won’t focus on that for now).  On my ‘To Eat’ list at the moment is;

1)    Big Mac (this has been on my list for over a month now - I’m impressed are you?
2)    Faggots (saw them on a colleagues FB group last night, sure I have in freezer.
3)    Beef Stew, the meats defrosting in the fridge.
4)    Grey Peas – not that fussed at the minute but they were taking up too much space in the freezer and someone mentioned them yesterday.
5)    Cheese and crackers!  My advent calendar is cheese, so I can have a couple of crackers and the cheese each night until Christmas.
6)    Cheese and potato pie with baked beans, mmm.  I could even attempt to make my own baked beans to make the points lower.

Talking about baked beans, here’s a recipe from Davina,

These are great in their own right – Davina’s not trying to make something that tastes like canned beans. Eat them on their own, with sausages or just a salad on the side. Excellent.

SERVES 4 – 2sp per serving
1 Heat the olive oil in a large saucepan. Add the chopped onion and cook over a medium heat for several minutes until its softened and starting to caramelise.
2 Add the bacon to the pan and fry until crisp, then add the tomatoes, paprika and a teaspoon of maple syrup. Season well with salt and black pepper. Simmer for about 20 minutes until the tomatoes have reduced down into a thick sauce, then taste and add more seasoning and maple syrup if you think it necessary.
3 Purée the sauce – there’ll be some flecks of bacon in it but that’s fine. Add the beans, then simmer for a few minutes to warm them through before serving.

I think I’ll have a go at them the weekend, I’ve got far too much food defrosting in the fridge to do them before!  Beans on toast with eggs on the top will be awesome Sunday morning!

Anyway, let’s get through today first, I’m going to start with cleaning the kitchen up, then work upwards – the joys of being a grown up.

Here’s to a wonderful Wednesday, we’re already halfway through our week, I’m waiting to hear from Angie to see how her op went yesterday, then we can breathe and know she’s okay.

Stay positive BeYOUtiful, do your best when you can, enjoy it when you can’t and love yourself no matter what you weigh xx