Did you sleep well? 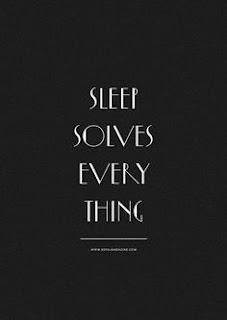 Well yesterday started with a good walk, I was out longer than I expected, 70 minutes and almost 10,000 steps later to be precise and I have to say I felt it by the afternoon, shows how unfit I've become, I will be sticking to my half hour walk for the rest of my week for sure, build up slowly they say, didn't listen did I!


Food wise, I had cheese on toast with tomatoes for breakfast, lunch was my chicken and mushroom pie, it worked a treat with the low fat condensed mushroom soup.  Then for tea we had a chip sandwich with gravy followed by an early night. 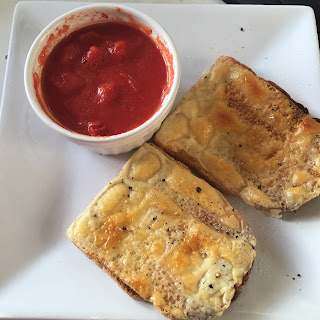 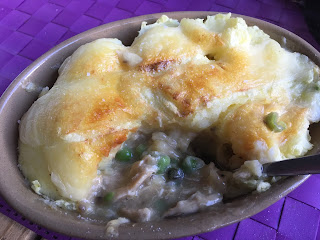 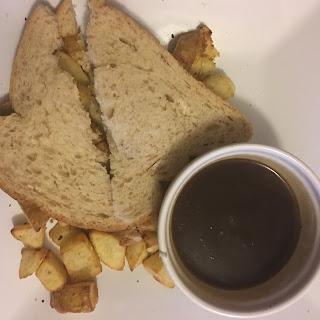 I'm sleeping but I wake a lot lately and dream, so I may have been in bed 8.5 hours but I've not slept solid, sleeps really important when it comes to weight loss success!

Not sleeping enough - less than 7 hours a night - can reduce and undo the benefits of your weight loss plan, according to research, in one study dieters were put on different sleep schedules.  When their bodies received adequate rest, half the weight they lost was from fat, but when they cut back on sleep, the amount of fat lost was cut in half, enough being on the same diet.  They also felt a hell of a lot hungrier, were less satisfied after meals and lacked energy to exercise - sound familiar?  Overall, those on a sleep-deprived diet experienced a 55% reduction in fat loss compared to their well rested counterparts.

This is why I go to bed early, even if I'm not sleep solid, at least I'm still resting just lying there.    I don't handle being tired well at all, I don't know about you but when I've not had enough sleep, I'm grumpy!  Apparently your body suffers from 'metabolic grogginess' too!  A university in Chicago coined the phrase and after just 4 days of poor sleep, your body's ability to properly use insulin becomes completely disrupted, the researchers found it dropped by more than 30%.  Why's that matter?  When your insulin is function okay, fat cells remove fatty acids and lips from your blood stream and prevent storage.  When you become more insulin resistant, fats (lipids) circulate in your blood and pump out more insulin.  Eventually this excess insulin ends up storing fat in all the wrong places, such as tissues like your liver.  And this is how we become fat and suffer from diseases like diabetes.

It isn't only willpower that helps us control our hunger, it's all these blooming hormones as well, leptin and ghrelin, I love that ghrelin sounds like gremlin!  Leptin is a hormone that is produced in your fat cells. The less leptin you produce, the more your stomach feels empty. The more ghrelin you produce, the more you stimulate hunger while also reducing the amount of calories you burn (your metabolism) and increasing the amount fat you store. In other words, you need to control leptin and ghrelin to successfully lose weight, but sleep deprivation makes that nearly impossible!  Research published in the Journal of Clinical Endocrinoloy and Metabolism found that sleeping less than six hours triggers the area of your brain that increases your need for food while also depressing leptin and stimulating ghrelin.

Of course lack of sleep pushes you in the direction of the foods that we know won't help our weight loss, the biscuits and crisps, sleep deprivation affects our mental clarity to make good decisions.  Bottom line - not enough sleep means you're always hungry and looking for bigger portions, wanting the type of food that's no good for us and you're brain ain't working properly to say no!

The solution?  Go to bed earlier!  Take a duvet day to catch up!  Oh if life was only so easy ay?  But yeah I will continue to go to bed early as I get up early.  I will be making an appointment for Alfie to be clipped today because he's been scratching in the night, sounds like thumper he does, that's not conducive to a good night's rest for anyone when he's on the landing!

I'm not sure if there's a way to stop the dreams though, although I've just read we recall a dream only if we wake up in the middle of it; if we continue sleeping when the dream ends, then we forgot it forever.  We only dream in R.E.M sleep and because this is a very light form of sleep, we wake easily during dreams.  Apparently we have this type of sleep around four times a night, with the first bout starting around 90 minutes after we drop off.  This all makes sense,  maybe that's why I'm noticing the dreams because I'm waking more often.  I wake up sweating too,  I put that down to hormones and the onset of the menopause.  Yep the NHS website says difficult sleeping and night sweats are two common symptoms of the menopause and menopausal symptoms can begin months or even years before your periods stop and last for around four years after your last period.  YAY aren't we females fortunate.

The good news - I'm in a great mood this morning, I've had enough sleep, I plan to go for my walk, I will be resisting temptation because "I'm doing this for me!"  I know the healthier I behave, the better I'll feel and be able to cope with whatever life throws at me.

Here's to a tremendous Tuesday - you in BeYOUtiful, healthy and happy xx