Are you finding a way or finding an excuse?


24th October 2016
You must expect great things of yourself before you can do them. 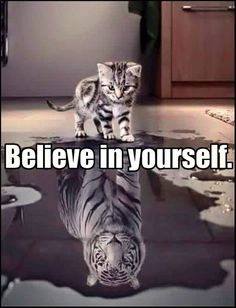 Monday morning, well that was an uneventful weekend, lots of rest and sleep, plan to not do much more today and then I should hopefully be good to go for my meetings this week.  I must be feeling better I've just heard myself singing along to the radio for the first time in days ;) YAY, on the mend, I listened to my body and stopped and rested, I haven't eaten much but tried to eat some goodness and I've drunk plenty of fluids.  Poor moms had to live on basic rations this weekend, there was no proper cooking in me, my domestic diva was drained.  Don't worry though she hasn't starved, just had simple easy to prepare meals, she loves a bit of cheese on toast.

I'd bought spinach to cook something, never got round to it, if it's not minging in the fridge, I'll have a go today, if it is I might do a corned beef hash, fancy comfort food for sure.  I could just eat my sister-in-laws Briam, but I'd have to be in Corfu for that, I can't make it like she does, or a bowl of goulash but that would involve a flight to Prague, isn't it funny how some foods never taste as good unless you're in situ.

Just found this recipe on my computer, it must be a goodie because I set it up to go on one of my recipe cards, I only do that with tasty recipes, I've re-pointed it and it works out at 10sp per portion not bad at all.  It does sound good, I have to say!

Bring a saucepan of water to the boil, add the potatoes and cook tender, then drain and leave to cool slightly. Slice the potatoes thickly and set aside.   Meanwhile, mix the mince and thyme together, season and form into 16 walnut seed balls.   Heat a target deep-sided, ovenproof, non stick frying pan. Spray with the cooking spray, add the meatballs and fry over a medium heat for 8 minutes turning occasionally, until browned all over. Remove from the heat and set aside.  Preheat the grill to high. Meanwhile, bring a pan of water to the boil and blanch the leek and courgette for 2 minutes then drain and refresh under cold running water.  Stir the cornflour and chutney into the stock and pour into a small pan.  Add two sprigs of rosemary then bring to the boil and season with black pepper. Reduce the heat and simmer for 2 minutes until the sauce has reduced and thickened. Remove from the heat and take out the rosemary and discard.   Arrange the tomatoes, leek and courgette in the frying pan with the meatballs. Pour the sauce over, then top with the sliced potatoes. Scatter the mozzarella over the top and grill for 6 minutes or until golden.  Chop the remaining sprig of rosemary finely and scatter over the top before serving.

For a vegetarian alternative, why not swap the meatball for 8x 50g (1 ¾ oz) vegetarian Quorn sausages? Cook for the same length of time as the meatball in step 2, then slice each one into four and continue the recipe from step 3, remember to amend the points.

It's Monday, another month ends this weekend with Halloween, another reason to go off track if you need an excuse!  Or you can do what I've done whilst I've been poorly and find a way to stay on track, not to think 'sod it', I know chocolate would've tasted so good this weekend and been so welcomed, but I also knew it would've undone all those last 3 weeks of taking care of me.  Just think how poorly I could've been and how long it might have lasted had I not already been taking care of myself!  Remember if it's important to you - you'll find a way, if it's not you'll find an excuse.  Also remember, it's okay for it not to be important to you right now, but make sure you really mean it when you think that way and it's not just your clever brain looking for a way to get out of making the effort it takes to be healthy.  Mmm think about that BeYOUtiful!
Posted by Bev at 8:57 am