Don't blow it because it's a Bank Holiday!


25th May 2015
Would you prefer a moment of satisfaction or a lifetime of happiness?  Sometimes that's what it comes down to. 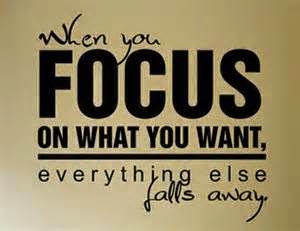 Another Bank Holiday Monday, last one till August, they seem to have some kind of mystical power when it comes to taking over my members minds and sending them off track!  I suppose it's because it's out of routine, we see them as a 'holiday' even if we're not going anywhere and we can forget our goals in that moment.  Then we know we've gone off track so we think sod it till weigh day and by weigh day you may think I know it's going to be bad so I'll wait a week and pull it back!

That mentality doesn't work and if losing weight is important I'm guessing any damage that could potentially be done today wouldn't be worth it at all.

So today, I'm getting my journal out and I'm going to plan dinner and track it all, ooo I just got a little excited because I remembered that I've put overnight oats in the fridge, so breakfast is sorted.  For lunch, I'm thinking either a spaghetti dish, oh hold on I've cooked lunch already too, I made a leek and mustard bake yesterday, the recipe and lots of others are on my website http://happyowls.co.uk/Recipes/RecipesDinner/LeekMustardBake.html, it's still being re-constructed but there are lots of cooking ideas there now.  I might still add some spaghetti to that to bulk it out a little, we'll see.

I'm having a lazy weekend, although I did make the effort to do some cooking yesterday, I also tried a new food, Freekeh (roasted green wheat) it was good, I'd eat it again anyway and I served it with fish curry, used cod and although it was delicous, I don't think I'd make it with fish again, for one the cod was damned expensive and the curry obviously took away the taste of it.

I really do recommend the Spice Tailor range, that's the second one I've tried and they actually taste like you've bought a takeaway, there aren't many jarred sauces I think get those flavours across, so far I've had the Mangalore Herb Curry & the Punjabi Tomato Curry, I've got a Rustic Rogan Josh to try next, I'm thinking I'm going to add Quorn to it.   I'm trying to really focus on the healthy, hence more fish, less beef and Quorn instead of chicken.  I've been listening to / reading a lot of stuff lately that's got me thinking about what goes in our bodies and the effects it has on our bodies!  I don't eat a great deal of processed food anyway but I'm going to make even more of an effort to include natural foods, foods from the Filling & Healthy list should be the foundation of everyone's diet.

I'll finish by sharing this video, yesterday I watched it and usually before and after photos follow the same formula: left is a sad and overweight person, then on the right is a happy, satisfied, and self aware figure - because she lost weight. But this mother of three named Taryn Brumfitt wants to turn this concept on its head:

Taryn Brumfitt’s message is: love your own body, because it’s the only one that you have.  I 100% agree with her, you're all BeYOUtiful if only you could see it, now go treat that body with respect and feed it with love and healthy, nutritious food!

Enjoy your Bank Holiday Monday BeYOUtiful, I will.