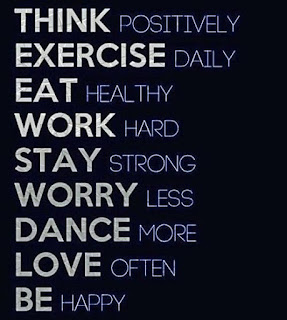 Hilarious, 6 tablespoons of olive oil!  If that’s the first ingredient on a recipe I usually thing nah, I just noticed a fish stew recipe on Pinterest and thought, I’ve never really fancied the idea of a fish stew but I’ll take a look, then it said it uses clam juice and I thought, mmm I won’t be able to get that and finally it said “I have prepared the soup for people with shellfish allergies; the thing to do is to substitute the clam juice with white wine, fish stock, or water. It works, it’s just not quite as tasty.” Well having a prawn allergy I’m tending to steer clear of shellfish just in case and just seeing ‘it’s not quite as tasty’, let’s not bother then and she sealed the deal with 6tbsps of oil!  That’s 6sp a person before you add any other ingredients, I’ll give it a miss.

I watched Eat Well for Less last night he made what looked like a tasty curry and used lentils to thicken it up, sadly the recipe isn’t on the website, the Ratatouille lasagne one is though if you’re interested, it went down well with the family on the show.  I’m a bit unsure but tempted to make it to see what I think, I’m not a fan of ratatouille but maybe adding some pasta and cheese to it might make it better.

Here's a shortcut family lasagne that’s ready in just 45 minutes. Cottage cheese makes it a healthier option, plus you don’t need to make the traditional cheese sauce. Serve with a green salad or sweetcorn for even more of your five-a-day.

Heat a large frying pan until medium–hot. Add the oil, onion and leek and cook for 5 minutes, until just softened.

Add the peppers and courgettes and fry until just coloured all over. Add the oregano, basil and onion powder, season and cook for 1 minute. Stir in the tomato purée and the tinned tomatoes. Bring to the boil, then turn down the heat and simmer for 5 minutes.

Bake for 30 minutes, or until golden-brown and bubbling. Serve with salad leaves.

I do enjoy that show but I can’t understand how they all act surprised at how much they’ve been spending on food, I know I overspend, I’m under no illusion about it.   I’m working on my overspending, yesterday I used up more of the cupboard contents, one of my BeYOUtiful members had given me a simplycook kit for Bokkeumbap and its main ingredient is white cabbage, turns out I’ve had a cabbage in my fridge for well over a week now, so I finally used yesterday and had a delicious lunch.  I used the leftovers for tea and topped it with a chicken breast cooked in Nandos coat and cook lemon and herb, which wasn’t as good as the Weight Watchers version but loads more Smart Points, won’t buy that again.

We’re going to have the rest of the chicken today though as it was a chicken I’d skinned and portioned, so 4 portions, 4 meals.  They were 3 for £10 which isn’t a bad price at all.   Still got one of the chickens left in the fridge, use by date 22nd, so I’m thinking I might put it in the slow cooker Friday or Saturday morning and leave it to it.  I need something other than chicken tomorrow or I’m gonna start clucking, there’s salmon left in the freezer, I’ll have that tomorrow.

Got someone coming from Independent living today, almost 12 weeks since I filled in the form and this is why I’m not waiting for assistance with a wet room, when I mentioned it on the phone, she asked if it was our own property and said, ‘oh yes it’d be at least 12 months’, erm I don’t think so, I’ve already waited 3 months, and have to wait at least 1 more month before he can fit me in, I’m not waiting another year.

Here’s to another day on track, we’ve got this BeYOUtiful, let’s take care of ourselves – healthy & happy!