Morning, I've been up hours! 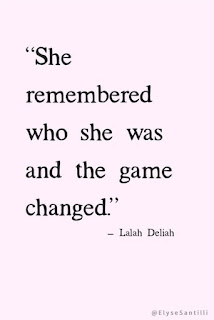 Awake since just gone 2am, disturbed sleep until then too, yay to the menopause, hormones and a neighbours barking dog!  Hey ho, I’ve used the time to have a nice mug of tea and clear two cupboards in the kitchen ready for when I have the refit, getting there slowly.  I bought a cooker yesterday, as you do when you’ve nowhere to put it and the space where the old cooker is isn’t big enough, oh and the floor needs to be done too first.  Then there’s French doors I think I want putting in there…  Interesting is what it’s going to be I thinks.  The cooker came from Harthills in Chapel Ash, he was the same price as Curry’s and I’d rather support the smaller trader, plus I’ve never had good services with Curry’s delivery or after service!

Unlike my food which was very boring yesterday as I continue to empty my freezer, I can’t even remember breakfast, lunch was a fish cake wrap!  Yeah I did just say a fish cake wrap, funnily enough it worked and now they’ve gone and won’t ever be bought again.  For my tea I had freezer surprise which turned out to be slow cooker beef and onions so ate it like stew with a couple of slices of bread.  Not much left in there now but still going to be using it up, gonna nip to Lidls today to get a bit of veg and some dog food, it may be pay day but I’m not going on a shopping bender.

So this was posted in my group yesterday attached to an article telling us to eat celery; 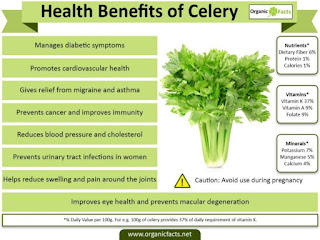 Now I don’t know if all those claims are true but anything that reduces pain around the joints is worth a try in my book, so I’ll be buying some today, I can crunch away on a stick or two of that a day, plus it’s a zero hero, win/win.

Trout today I think, I’ll go take it out the freezer, then that’ll stop me being tempted to buy something whilst I’m shopping, I know what I’m like.   Oh I’ve just remembered what I had for my breakfast yesterday, chicken sausage on a subway thin from Morrison’s, I stood in the kitchen about to make it and thought, ooo I’ll have tomatoes and mushrooms with it, I’m top it off with an egg too.  Then I stopped and thought, erm no you won’t the sausage thin with tomato is more than enough and it was, I need to reduce my portion sizes on everything, I’m greedy!

On that note, here’s to a day of not being greedy and not giving food so much attention, reminding myself I can get through a day without making food the focal point!  What are you going to do today BeYOUtiful to help your weight loss journey?