Last week of another month! 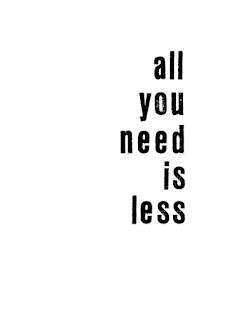 Pay day tomorrow – hurrah!  I’ve still not completely emptied the freezer but almost, we’re going to have fishcakes today as I’ve found them in there this morning, I’ll have chicken sausage for breakfast as I’ve just found 2 of them too.  That’s another day sorted, then there’s trout and some chicken breasts still in there too, which will do another couple of days, hopefully I can make it a very light shopping week this week just buying fresh again.   I’ve still got tinned stuff in the pantry too that I’m getting rid of, my plan is to get right down to a minimal quantity, and less choice means less temptation.

I did a lot of driving around yesterday looking at kitchens, sinks and cookers, I’m bored of it now!  Anyway when I drive I think and one of the thoughts that shot through my head was if I start eating the quantity of food I’m supposed to it’ll not only help my purse, it’ll help my weight.  Also if I start making a few of the meals we have simple ones, like egg on toast for tea or omelettes another one.   Yeah I’m going to start looking at the meals we chose and maybe plan a little more, instead of saying ‘what do we fancy?’ which works out expensive because then I nip over the co-op and rarely is anything cheap in there, unless it’s on offer and then that’s only usually the stuff that isn’t great for your health.

I’ve maintained on the scales this week but moms gained, she hasn’t been weighed for a few months but it just shows how not being able to get around has made a difference, so we’re going to have to rethink how she eats too.   Treats are delicious but as we all know they’re full of sugar and fat, chocolate digestive biscuits are rarely eaten in ones as we both proved yesterday, even I found them difficult to resist!   How to resist such stuff easier – don’t buy it!  That’s going to have to be what we do, keep treats to a minimum and not buy so many because resisting temptation is no easy is it.

I’ve just found an interesting article online about resisting temptation https://www.psychologytoday.com/blog/use-your-mind-change-your-brain/201106/tips-resist-temptation if you’ve got time, go have a read.

I’ll even cut my blog short to give you the time, here’s to having a magic Monday BeYOUtiful.