Gonna party like it's her birthday - well not quite x 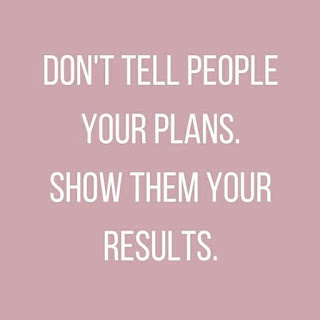 It's moms birthday today, I'm at work for the majority of it but the few hours in-between I'll spend with her, the work I usually do in that time can wait till tomorrow. She's 79 and has just opened my card and said, 'there's no money in it, you can't send a card with no money', and that is one of the many reasons I love her.

I asked her yesterday what she wanted for her birthday and she replied, 'how old am I, well I want to be 80, I did want to get to 100 but I don't think I'm going to make that now'. That's the first time she's acknowledged she probably won't live to 100, she's always been adamant she's living longer than her mom and getting a telegram from the queen. That sadly is the reality of Vascular dementia and Alzheimers, it is a death sentence but until that day, we're going to keep everything as normal as if it isn't happening for as much of the time as possible, of course a lot of the time that isn't possible (you don't need to hear the details!) but when it is we will. We don't need sympathy by the way, I've just been listening to the radio and the news was saying how rapidly it's spreading, today my mom, it could be any of us next! It's no good living a long life if it isn't a good life and you lose your brain slowly, they need to do more research...

Moving on! Warm in the night wasn't it, looking like a nice day ahead again. I didn't manage to stick to No Count yesterday, only because my sister cooked us both a corned beef and potato pie and I don't get my dinner cooked for me that often so we had them, I limited the damage by sharing mine with my bestie, we had it with actifry chips and green beans. There was a disaster in our house yesterday, my actifry paddle broke! I need to order another one from Amazon, I can't not have my actifry. I had the leftovers from my one cooking session for my tea, there wasn't a lot left, and there wasn't any left from the second meeting, bless my member Michael, he stood and finished off all of what was left on the plate after everyone had a taste.

I'm using the food in my freezer, I think we've got steak today, I couldn't tell what it was when I took it out but it's definitely beef. Steak and mash I think for dinner then, I'll make mom something else, I have a feeling she might not have the best diet today, but I'll try and get her to eat something healthy so she doesn't end up with a bad tummy. She's already received some lovely cards and biscuits and chocolate, I'm gonna have to ration her 

Now having that pie has made me want my corned beef hash, nom nom, I don't really eat pastry but my sisters home made was the business and usually I'd have chronic heartburn afterwards but I only had a bit on the evening so it was definitely better. Now corned beef hash is definitely going on the menu this weekend, I've got some in the cupboard too so it'll help the finances;

Replace the tinned sweetcorn with frozen peas, if you like.

Parboil potatoes for about 6-8 minutes. At the same time, add 1 tbsp of the oil to a large frying pan and gently fry the onion over a low heat for 6 minutes to soften. Remove to a bowl and set aside.

Add another splash of oil and the butter to the pan, increase the heat to medium-high and fry the potatoes for 10 minutes until beginning to crisp and turn golden. Stir in the chilli flakes and dried thyme, fry for another minute or so, then add the corned beef. Season

Continue frying the corned beef, stirring occasionally, for 5 minutes until starting to crisp. Stir in the sweetcorn and return the cooked onion to the pan. Cook for a couple more minutes to warm through.

Meanwhile, heat the remaining olive oil in another large frying pan, crack the eggs into the pan and fry until the white has just set. Serve the corned beef and sweetcorn hash on warmed plates and top each serving with a fried egg.
It's got to have the egg on top for me, it's what makes it lush, it'd be nice with green cabbage served on the side too, proper food that is.
Right it's Thursday, I ain't got the time for sitting typing, I also have 4 cooking demos to get ready for! I don't make life easy for myself at all do I, its all good fun.
Here's to a tremendous Thursday BeYOUtiful, it's my moms birthday so let's all make it an awesome day whatever we're doing, be nice to everyone you see, smile, pay a compliment, be friendly, the worlds a nicer place when the people in it are nice!