So different but also the same...


21st February 2016
I have found that if you love life, life will love you back. 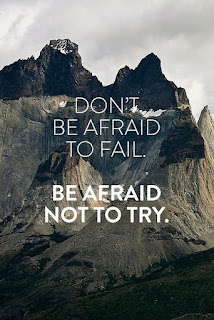 No two people are the same and isn't that an awesome thing!  It's what makes my world go round for sure, I know such amazing characters and we all bring something different to the party.  Of course there are similarities between us and these can bring us closer or cause us to clash on occasion, it's called  friendship and it's awesome.

My Weight Watchers meetings are the same, all such different characters bringing something different to the group, all there with that common theme of wanting to lose weight but all having different things causing them to struggle, sometimes they share those reasons and other times they're completely different.  Then there's the times when some are absolutely flying with it and they're able to spur the others on.  It's what makes a Weight Watchers meeting so great to be a part of, I love being at the scales watching my members sitting and having a chat for ages before we even get to the 'talk' part of the meeting.  On a Tuesday and Thursday morning the talk doesn't start till 10am but they start turning up any time after half 8 and sit and natter, its fab, a real community.

So this week we've discussed some of those many things that stop us from achieving our goals, again the conversations were significantly different, another reason I love my meetings, no two are the same.  Of course there were themes throughout the week though, including, time, tiredness, stress, boredom, work, school holidays, celebrations - so many reasons why losing weight can be a challenge.

I read this poem to them as it had a significant impact on me many years ago.
“I walk down the street.
There is a deep hole in the sidewalk.
I fall in.
I am lost... I am helpless.
It isn't my fault.
It takes forever to find a way out.

I walk down the same street.
There is a deep hole in the sidewalk.
I pretend I don't see it.
I fall in again.
I can't believe I am in the same place.
But, it isn't my fault.
It still takes me a long time to get out.

I walk down the same street.
There is a deep hole in the sidewalk.
I see it is there.
I still fall in. It's a habit.
My eyes are open.
I know where I am.
It is my fault. I get out immediately.

I walk down the same street.  There is a deep hole in the sidewalk.
I walk around it.  I walk down another street.”
To me it made complete sense, I realised it was up to me whether I changed direction or kept repeating my past mistakes, I was in control even when I thought I wasn't.  I still believe this, I may not be able to control the people around me or the things that are going on sometimes but I can control my reaction.

Yo-yo dieting is caused by ignoring that habits that keep us stuck in the same old rut, doing the same stuff over and over again.  At first we know it's not quite right and it feels inevitable... we keep falling into the hole.  We can change though.

The first step towards change is awareness... spotting the hole!  And for a while, even though we know it's there, we repeat old patterns and habits and keep falling in.  The difference is that we know we're doing it, we wish we didn't and we experiment with different ways of getting out!

The more we repeat old habits with awareness, the easier it gets to eventually side-step the hole!  We decide to create new habits and for a while it feels a bit contrived and it can feel like hard work and we have to actively remind ourselves to look out for the hole and deliberately step around it to do things differently...

Eventually we just do things differently without thinking about it.  We might still slip into the hole occasionally but we fall in with a "here I go again!" and getting out gets quicker and easier and we move on.  I don't think I'll ever get to a time where I don't fall down that hole now and again.
I'll never forget the first time a member said to me, “Life’s hard”, I replied yes it is but life’s hard for all of us so doesn’t that make life fair?!

Let's take charge of our own destiny, even if we just focus on the next seven days, turn our mental blocks into building blocks and have a great week out of the hole!  I like that idea, what do you think?

Below is your Smart Point recipe, it's a little high in the Smart Points but that's the honey (sugar) and duck (sat fats), proves you can still include these foods though!  I've got duck in the freezer so this is on my two eat list this week.

1. In a large bowl, mix together the honey and soy sauce. Toss the duck in the honey marinade. Set aside for 5 minutes.

Enjoy your Sunday and stay BeYOUtiful.
Posted by Bev at 8:10 am