Messing with the recipe!


20th February 2016
The man who removes a mountain begins by carrying away small stones. 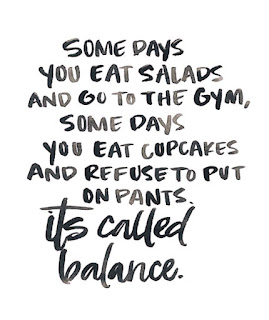 I had a play in the kitchen yesterday, started by making the bread pudding from yesterdays blog but left out the milk - it was actually an accident, I just forgot to put the milk in and it turned out delicious, I'll definitely make it again, I also used less cheese so the Smart Points came out much lower, here was my recipe; 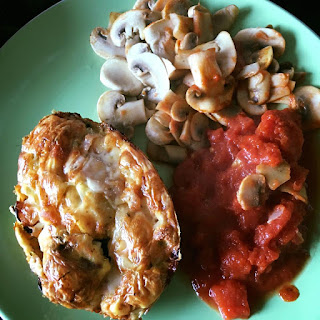 Preheat the oven to 200°C, gas mark 6. Whisk together with a fork 1 egg, ham, mustard and oregano. Break bread into pieces and stir it into the mixture, top with cheese. Spoon into an individual sized ovenproof dish and bake for 20-25 minutes until golden and crunchy on the top.

Then I was reminded of another of my bread pudding recipes which is also tasty so here's the recipe for that.
Cheese and tomato bread pudding
This is a wonderful way to use up leftover bread and it's a cheap and filling family meal.
Serves 4, 10 Smart Points each. Takes 10 minutes to prepare, 35 minutes to cook
39 Smart Points total,  No Count day = uses 4sp of yr weeklies, or 3sp if you use lighter cheese.
low fat cooking spray
400 g can chopped tomatoes
2 tablespoons chopped fresh thyme or 1 teaspoon dried thyme
100 g (3½oz) mature cheese (16sp), or us Cathedral City Mature Lighter grated (11sp) and save 1sp per serving
4 eggs (7sp)
400 ml (14 fl oz) skimmed milk (5sp)
150 g (5½oz) Weight Watchers calorie controlled brown bread (preferably stale) (11sp)
Salt and freshly ground black pepper
Preheat the oven to Gas Mark 4/180°C/fan oven 160°C. Lightly spray an ovenproof dish with the cooking spray.  Mix the tomatoes with half of the thyme, then spoon half of the tomatoes into the base of the dish and scatter with about a quarter of the cheese.  In a large bowl, beat the eggs with milk and seasoning. Dip the slices of bread in the eggy mixture, letting them soak in it briefly. Arrange the bread slices on top of the tomatoes and cheese, overlapping slightly.

Spoon on the rest of the tomatoes and scatter with the remaining cheese and thyme. Pour the remaining egg mixture all over the dish. Cover with foil and bake for 20 minutes.  Remove the foil. Bake for a further 15 minutes until the mixture is puffed up and golden brown on top.
- - -

I then tried making a chicken lasagne, I used butternut squash whizzed up as an alternative to the white sauce, it was edible but I wouldn't do it again!

I did enjoy messing about in the kitchen though, I'll probably do the same tomorrow, I've bought the makings of a stew, I might make that teatime then I can eat it tomorrow when it'll taste even better, it'd be delicious in a giant yorkshire pudding!  What's your favourite recipe?  Send it to me, let's share the deliciousness with the world!

I'm ready for today, looking forward to my meeting, then gonna catch up with my bestie for an hour or two, there will be food involved but I won't go crazy, I need to get a weight loss next week, I'm messing about and still 3lb off my fab five!  Can I do 3lb, mmm possibly not but I'm glad I've lost something, January and February aren't the easiest months for me to lose weight, I just want light, sunshine and warmth, I'm not keen on this cold, it makes me want to eat, I think I'm a bear and have to fill up so I can hibernate every night rather than for the entire winter!  I was talking to the post lady over the shop yesterday and we were reminiscing over our childhood when it was cold not like now, now I get home and have central heating, back then we had to sit in our coats, hat and gloves to keep warm because there was only one fire in the entire house and we couldn't afford to put it on!  I do remember having a paraffin heater, smelly things, and only warm if you were in a few feet of them ;) The bed had that many blankets on, you couldn't turn over at night and you probably slept in your clothes because they were warmer than a nighty!  Yep, we don't have that kind of cold these days, well I don't thankfully.

I'm off now to have a shower!  Yeah we didn't have one of those either, it was a bath or a wash in the sink, oh how times have changed, for the better!  Here's to a day of focusing on the things in life that are better than they were, how many can you think of?

Stay BeYOUtiful xx
Posted by Bev at 6:20 am

Do you remember the ice on the inside of the windows? The net curtains were welded to the windows. We weren't allowed to pull 'em off either cause it would rip the nets!!!

I certainly do, making me cold just thinking about it! All sat round the paraffin heater!