Off to join Weight Watchers ain't I!


26th February 2016
If you think you are too small to make a difference, try sleeping with a mosquito. Dalai Lama 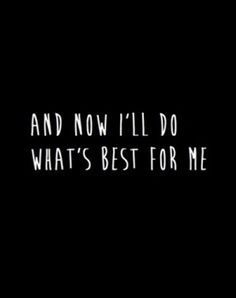 As expected I gained on the scales this morning, thankfully it was only 1/2lb - phew!  That'll be the Baileys - oops.  So total weight loss since starting at the beginning of the year is 6.5lb, not lost since 5th February which is why me and my bestie are going to join a Weight Watchers meeting this morning, we're going to go get the support of a leader and the group, as my bestie reminded me, meetings are where the magic happen.   It's also an extra hour to catch up with my mate and instead of lunch we're going to do our shopping together in Lidl's or Aldi after the meeting and go for coffee - flat white with skimmed milk of course not a mocha, choca, fatty, latte type which would set me back a squillion Smart Points!   Yeah I think with this extra push, we will get our Mojo back in March and lose more.

But first I have a lot to get done in the next three hours, so I'll not waste time sitting at my desk messing about, I'll get right on it and get my work done.

I have seriously enjoyed the meetings this week, listening to everyone chat to each other so I am really looking forward to being part of that from the other side if I'm honest and it's far enough away that the members won't know me so I can have a bit of anonymity, ooo and it's close to an M&S food hall and Waitrose so I could treat myself to some healthy, posh meals, it was payday yesterday after all, I can't take it with me ;)

So I'm in a rush, what's my plan, because my fridge is also empty and it'll be easy to go off track later, it's a Friday night afterall, I'll be having my massage this afternoon, then I won't feel like 'cooking' when I get back.   This is where knowing yourself really comes into play, by knowing this and not ignoring it, I can plan, I'm going to pick something up from one of those shops I've already mentioned, it'll have to be something that takes no effort at all because I know I won't do it, not when I'm all chilled out later.

If I have an early night tonight, that'll help to save those weeklies I'll collect at the scales today for the weekend because me and my mate are also having a sleep over tomorrow so I'll need some!  But that's already planned, I'm going to cook for us tomorrow, that'll keep those points down, I won't drink too much either because she can't take her booze, it makes her poorly so if I don't have some much, she won't either and I won't have to listen to her being ill in the night!

Right I need to get gone, I have lots to do, this morning is important to me and I WILL make time for it, catch you tomorrow, below's a quick easy meal that's filling too.  Quick food rocks doesn't it, especially when you're busy, tired or can't be bothered - which seems to be a syndrome at this time of year for so many members "CBB Syndrome", it's terribly catching and easily spreads, so you watch out because you do not want it, and if you get it, you want rid of it as quickly as possible!

The best treatment, is finding easy meals to cook for one, thing's like the tuna melt toastie I had last night, tinned tuna, bit of low fat mayo, 1sp of low fat cathedral city lighter, takes minutes, tastes divine!  Another is to surround yourself with people who aren't afflicted with the condition, you want a room full of people that have the "Doing It" disease, if you can catch that, it's the best, it kills off all those "CBB" germs and you start to feel so good.  Right I'm actually really going now, have a great day - YAY it's Friday mwah BeYOUtiful, take care of you, go catch the right disease ;)

Whisk together all of the sauce ingredients (mayonnaise through crème fraiche), season and then mix in the chicken.

When the potatoes are cooked, cut a cross in the top of each and spoon the chicken and sauce into each potato.