Is it a lifestyle choice?

20th December 2014
Life may not be the party we hoped for, but while we're here - we should dance! 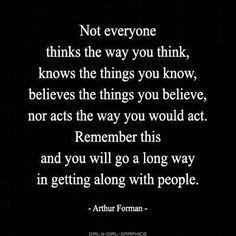 Yesterday was a good day - what happened?  Nothing particular, I just realised not only did I have wonderful people around me but those people were kind and non judgemental and those are the best kind of people to have in your life, I'm truly blessed.  And as if it couldn't get any better, one of those people happens to be a computer expert who got my pc up and running nicely so that makes him even better ;-)

He did however lead us all astray with the suggestion of chippy for lunch and because he was doing my computer, I agreed to treat us.  Some would say we were influenced by him, others would say we didn't need much leading, we went along with the plan a little too keenly but hey ho, don't judge me, not until you've walked a mile in my shoes!  At least then if you judge me I won't be able to hear you because you'll be a mile away and you'll have my shoes (which I'll expect you to return at some point) and I won't really care what you think anyway!

That's the beauty of growing up isn't it, you realise other people's opinions are exactly that, their opinion and they don't really have to matter to you unless you care what they think.  I've come to the conclusion there are too many critics and too many experts with absolutely no credentials, so if I disagree with what they think of me or a person or subject I care about, I leave them to think what they like because the less you care the happier you are.

Where's all this coming from?  It started with the Radio 2 phone in on obesity and whether it's a disability or not, then it was continued on Facebook with someones status update which said "Ridiculous, obesity a disability. What about the poor folks who are really disabled as opposed to those who just can't stop stuffing their face."  They then went on to say that being obese was a lifestyle choice.  Now I don't even want to get into the debate about whether obesity is a disability or not, that conversation would go on for hours and I don't care what others think about the subject as their opinion won't have any dramatic effect on my life.
It was more the suggestion that "stuffing your face was a lifestyle choice" that made me smile, I honestly don't know anyone who gets up and decides that they want to be fat, that just thinks to themselves, "right I think I'm just going to stop taking care of myself, eat really badly, neglect my health and aim for that obesity target because I think that's a smart thing to do, a great lifestyle choice to make"

Nope NO ONE EVER thought that way I'm sure and if they did, I think most people would believe they had some kind of mental health problem going on?  I know this is only what I think and I could very well be wrong, and I'm always aware of everything I believe and think could be wrong and I'm always open to learning and having my opinions and beliefs changed but that's the beauty of a blog I don't have to have a deep intense conversation with someone about it, this blog is just a way for me to process all the thoughts that roll around in my head on a daily basis.  It's my therapy :)  I don't plan or think deeply about what I'm writing, I just wake up, roll out of bed, turn the computer on and start typing.

If only getting your weight under control was as simple as making a decision, oh that would solve so many people's problems, unfortunately all the years of being a Weight Watcher leader has taught me it's really not that cut and dried, it really isn't that simple, I really wish it was.

Our brains are incredible things, they are the cause of a lot of illnesses so can we control them at all!  Or are we just the way we are?  Are some people just born stronger than others so they are able to make that 'lifestyle choice' to be a healthy person?  What makes one person depressed wouldn't bother another?  Is that person weak, is it their brain, is it their fault?  I'm rambling now I know, I just don't think it's all so simple to define, I really don't like to judge anyone  because I don't know what their brain is capable of.  I'm very fortunate to be quite a strong person, I've not suffered depression but I've spoken to people that have and it seems it's not that easy to control. I've also spoken to people who can't stop eating and that behaviour is not easy to control either.

Everybody is entitled to their own opinion I know, I'm just suggesting we all try to be a little more open to the idea that we may not be right or at least not understand the subject completely.

I'm gonna shut up now because I'm starting to bore myself, subject processed, brain emptied, day ready to enjoy and it's only half five!  Fabulous.

Enjoy your day BeYOUtiful, Santa's not that far away now, oh and I wonder if his big belly is a lifestyle choice ;) 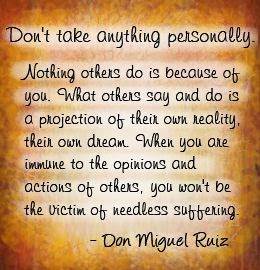