Would you want the God job?

9th June 2018
Always be yourself! Don’t worry what others think. 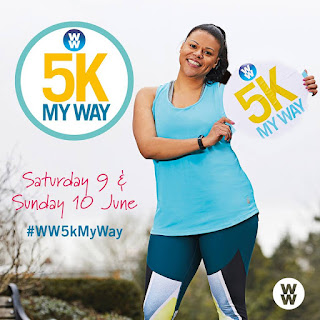 It’s only Saturday, where did that week go!  I’ve got one meeting left before the weekend officially begins but to be honest Saturday morning’s doesn’t feel like work other than I have an alarm set to get me out of bed, thanks to an early night last night, I was awake 1 minute before the alarm went off, after some crazy dreams throughout the night though, I reckon mom was having her fair share too as she woke me a few times shouting out.

Oh do you listen to Radio 2, I do but I particularly love to listen to 500 words every year, this year my favourite was “A God Vacancy by Aoife Maddock” the silver winner in the 10 - 13 age category and for me just a brilliant story, here’s the link if you want to hear it read out, or I’ve pasted it below, I just loved it, will print it out for mom to read, I think she’ll enjoy it too.  http://www.bbc.co.uk/programmes/articles/1bm9d98T4DbQlr5s9yHV4HZ/a-god-vacancy

Dear Gods & Deities Inc,
It is with much regret that I have chosen to resign from my position as Lead Deity of Area 25541, specifically, Earth. I have learnt very much from my time at Gods & Deities Inc. and will cherish the relationships I have formed with the beings there forever. This was not an easy decision to make, but I believe it is in the best interests of my career advancement and development as a sentient being. I have thoroughly enjoyed my time working for you.
Actually, you know what? That's a lie. I have not enjoyed my time at Gods and Deities Inc. at all. Would you like to know why? Humans.

I understand it's unprofessional of me to complain about my clients in such a personal manner, but they're just so frustrating. I have done everything in my power to please them, you know. My creative team and I have worked as best we can with them- but I've never met a species that is quite so needy!

First of all, they're the only species to fight among themselves so pettily. War after war, I can barely get a word in edgewise; all in my name, might I add. I don't want war, why would I want war? That doesn't even make sense! If they'd listen for just one moment, they'd realise it's not in my best interests and it's certainly not in theirs, it's nothing but a waste of time and money.

Another thing, never have I worked a job where I've received so much abuse! Anything they mess up, they blame on me- which is hardly fair. Do they really think it's my job to sit around and ruin their day? I'm tired of them overestimating my power, I can't solve world hunger! They caused world hunger! It's clear they've mistaken me for the universal caretaker, here to sweep up their messes. There's no working with them, there's no splitting the load. They expect everything of me and I get nothing in return.

One last thing, this one really irks me, but would it kill them just to listen? For once? I've considered going vengeful, multiple times. They complain about my standoffishness, my refusal to step in when the going gets tough, but when I try to give advice they won't take it! I feel I have been very clear about my expectations of our partnership. They take one step forward, only to take another two back, do you have any idea how infuriating that is? The spark I once had has been replaced by a resentful disinterest, and whose fault is that?
I apologise, this letter has stretched out longer than anticipated, but I really needed to get that off my chest. I hope now my sudden resignation does not seem so irrational, and that Gods & Deities Inc. prospers in the future. Whomever you choose as my successor, I sincerely wish them the best of luck.

They're going to need it.

How talented are these kids, the others are all available online also.  The silver winner in the 5 - 9 age category was The Little Messenger by Fionn Mcann, that was also very, very good and will bring a tear to your eye.

It’s our 5k walk tomorrow #WW5kMyWay, we’re meeting at Willenhall Park, 12 noon, Pinson Road if you’re joining us, all invited, that’ll break up my day, I do hope it stays dry though, I’m a fair weather walker for sure!  I wonder if Alfie would walk it if I took him, he’s such a stubborn minded, lazy, slow dog when it suits you never know.

Anyhow back to today, what shall we make today’s challenge, did you try a new recipe yet, I bought a jar of Sharwood’s masala sauce, thinking because it was a 3 chilli rating, it would be too hot for me, yet it was perfect, I added 5% beef mince to it and mmm perfect.  We should try new things.  But that’s not today’s challenge, today’s is a toughie, it’s to not eat after 7.30!  Obviously if you’re going out for dinner you may not have any choice but I’m talking sitting in front of the tele with your lobster hands and indulging in junk because you don’t think you can help it.  Yeah let’s see if you can.

Pre warning you of Monday’s challenge – it’ll be to do meat free Monday and next Friday will be to have fish in some form, just in case you have to sort your shopping out.  Oh and get some pulses too as one day will include them.

Talking of pulses, I made a chick pea curry yesterday, I only had one can in my cupboard so had to go and pay way too much for another can from Co-op, what was frustrating was the cheaper can I already had were better quality, the co-op ones seemed tougher.  See it doesn’t always pay to pay more.

What’s on the menu today, mmm not sure, I have my shopping being delivered this afternoon, I think there’s something in the fridge that needs using so I will have that probably.  I fancy a bacon toastie for breakfast I think, so to have time to do that, I need to finish this, so on that note, I’m off.  Here’s hoping for sun shines today.


Catch ya tomorrow BeYOUtiful. Let’s focus on the healthy & happy, I’m with you, together we will do this

Oh and if you were thinking of rejoining a meeting there's 40% off today only! Go sign up!