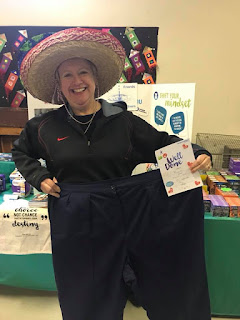 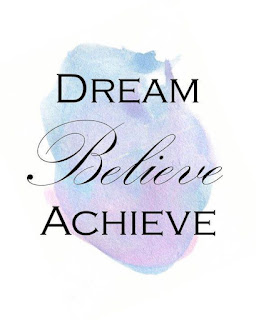 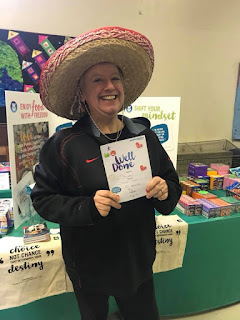 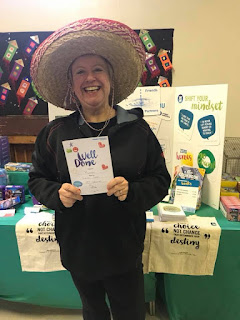 DREAM – BELIEVE – ACHIEVE were the words of the day yesterday from one of the most caring, lovely ladies I have the pleasure to know.  The members at my Saturday morning meeting care so much about each other, there was such a lot of love and support in our meeting yesterday as we celebrated Karen’s 10 stone award whilst not forgetting nor ignoring those still having their struggles.  As Karen said, we really are lucky to have each other, even my members who haven’t met in person, only through our Facebook group all have a connection, a bond that holds together my Happy Owls, yes I will call them mine because I want to take pride in them, I won’t take the credit for them all but I play my part.

In case you missed it, Karen achieved her 10 stone award yesterday, quite the achievement that, but it isn’t the numbers on their own that are significant it’s the journey she’s had getting there.  The embarrassment she personally felt before returning to my meetings, even though she knew I would never judge her, it was her feelings that stopped her.  The diabetes diagnosis that became the thing that saved her life, FEAR can be a powerful motivator.  It’s all the times she’s said no to eating or drinking something or made a healthier choice because she had decided she wanted to lose weight and get healthy.  But it’s also the fact she’s still allowed herself to enjoy life and good times that still include good food and good wine.

Karen gave us all in the meeting a little heart that had the words – DREAM – BELIEVE – ACHIEVE engraved on them, and she told us that first of all you have to dream but that dream needs to followed by a belief in yourself that you can actually do it, then finally you will achieve your goals.  We chatted later and looked back at the years that had bought us to this place, she joked about how funny it would be if she could go back 8 years to that other version of Karen and tell her that we’d be having this conversation in 2018, I asked what would she say if she could go back in time and have a conversation with herself back then.  Karen told me she would tell herself, you believe in a God that you can’t see, so start believing in yourself, you can achieve you goals.  We then started to talk about her next goal, because it doesn’t stop at 10 stone, her journey doesn’t end there, it won’t end when she reaches her goal, taking care of yourself is a forever thing. 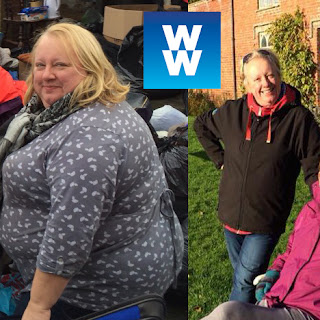 I can’t begin to describe the pride I feel for this lady, Karen has turned her world around, she’s even doing coach to 5k now, and to give back she’s signed up to take part in a 5k Resolution run to raise month for the Stroke Association, she’s already got the fund raising up and running, the totals already over £100 which is awesome but how good would it be if we could get it to £140 after  you’ve all read my blog, all you need to do is go online to https://www.justgiving.com/Karen-Green33 and donate or even easier send a text to 70070 with OWLS61 £1 or any amount you want to make that of course.  How absolutely incredible would it be if by the time she runs the 5k on the 22nd April, that target is smashed and £1,400 is hit, that would be a tenner for every pound she’s lost so far!  Yeah let’s make that happen, I know my members and all our WW family out there are more than capable of making that happen.

#dreambelieveachieve #bevsww #theflexeffect #wwfamily
My day after this amazing start was nice and calm, just the way I like it, I plan to have similar today, but this blog is all about Karen because she’s inspirational but it’s also for all those out there thinking they just can’t do it.  Trust me you can, I tried every resource I had to help Karen all those years ago, I even tried stuff I didn’t know before and went looking for, I couldn’t break through, she wasn’t ready but look at her now and that my BeYOUtiful could be you next, you just need to DREAM – BELIEVE – ACHIEVE.

You can do this, your future self will thank you for believing and starting. 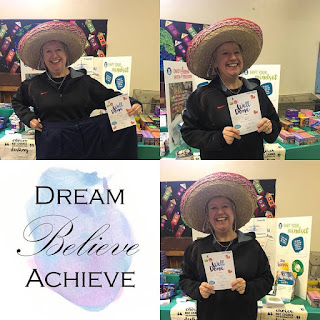