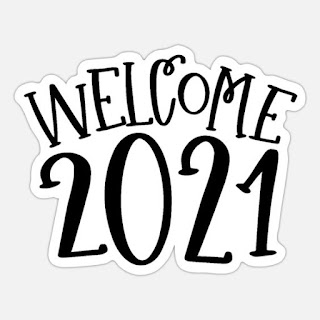 I've never been one for New Years Eve, I'm always in bed and as always I got woken by fireworks, I expect it but seriously, people round here can't tell the time, so the first time they woke me up was just before 11pm, erm that's an hour early, then we had the midnight ones, well I assumed they were as I didn't bother looking at the time, then I've been up since silly o'oclock, moms been talking very loudly in her sleep which didn't help but to be fair I was already awake, so got up just after 3, then can you believe someones just set more fireworks off at 4.25am, are they on a different timezone or what!
Anyway, this year, I feel differently about the new year, I don't usually do resolutions but this year...I'm game for it to be honest.  What is a New Years Resolution anyways?
Wikipedia says this: A New Year's resolution is a tradition, most common in the Western Hemisphere but also found in the Eastern Hemisphere, in which a person resolves to continue good practices, change an undesired trait or behavior, to accomplish a personal goal, or otherwise improve their life.
Cambridge Dictionary says this: a promise that you make to yourself to start doing something good or stop doing something bad on the first day of the year.
See this thing is, we all know that typically new years resolutions are rarely successful, but is this true?  Or just something we tell ourselves so we don't have to set them.  I know my mate Nat gave up chocolate and she still doesn't eat it, all these years later.
Thing is, after 2020, the idea of making changes in 2021 is really most appealing, especially as so many of us have had changes made to our lives anyway, whether we wanted them or not!
It's important to work out why they fail, I reckon its because our brains don't like radical changes, habit changes should be small and built on - that's what I've found anyway. I'm going to slow and steady wins the race, I hope to lose 15% of my body weight, yeah I've gained that much, I know that won't happy by the end of the month and that's okay,
I'm in no rush. It all starts today though, I've already done the washing up, cleared the fridge out of stuff that's out of date, thankfully it was only a couple of things, and I've spent the last week eating the last of the treat stuff I'd bought.  My fridge is now full of goodness, there's some cheese left but that's not being banned in this house, I like it too much - it will just be portion controlled from today.
I'm starting to get busy with UW, got a few appointments already in my diary for next week, even got one for today, that's the beauty of being self employed!  If you've been furloughed again or you're stuck at home anyway, why not have an half hour call with me, it's no obligation and I might be able to save you loads of money without all the hassle of having to call up all the suppliers because UW do all that for you!
Right, today I shall mostly be doing a little work, cooking a bolognaise from scratch, refraining from wine, (too much consumed yesterday) my liver fancies a rest - I've got my raspberry fanta at the ready. Oh and recording Mrs Brown's Boys New Year Special, because the Christmas one was one of the best things I've watched this month.  YAY and Doctor Who's on tonight too, happy days.
Here's to starting 2021 with a positive mindset because remember everything won't change just because the date has, you have to believe you can achieve your goals.  Why not get a pad out and write down those goals today so you know where you want to aim for and the steps needed to get there.
Mwah, luv ya
Love me
Posted by Bev at 5:57 am