Sardines - who knew they could be so good!

6th December 2018
Success is determined by how we handle setbacks. 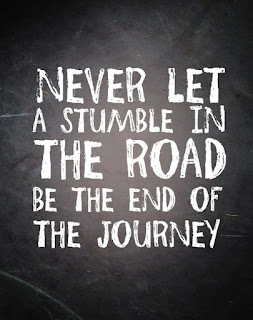 Rookie errors made yesterday, I didn't eat enough O's, nope there was definitely not enough zero hero's in my day especially as I was snacky, I'm putting it down to not getting enough sleep the night before and I was a busy bird yesterday too.  I'd done 5,000 steps on my Fitbit before half 8 in the morning and before the dog walk, my living room, wet room and kitchen were spick and span, it looks lovely when it's been done.  Anyway, my rookie error resulted in me ending my day eating Ringo's x 2 bags (turns out I won't be buying anymore of them now, I can't eat what isn't there!) and mom then offered me some of her Cheerios and I normally say no but I said yes - doh!  I've just gone and weighed a 40g portion, there's quite a few for 5SP, so it could've been worse, I ended my day on 35SP and if I'd gone to bed at 9pm instead of looking for my mattress in the kitchen cupboards, I'd have saved 15 of those Smart Points!  Lesson learnt, note to self, GO TO BED you're tired not hungry!

Alzheimers was being a trouble maker yesterday too, I hate what it's doing to my mom, I really do.  We went back to the dentist to get her false tooth on a palette fitted.  I hadn't thought about the fact they'd have to take the root of the old one out so I hadn't prepared her for the injection, the numbness, the pulling about and the pain.  Then she hated the palette, forgot she'd even been to the dentist before and that the crown that had been there had been gone for weeks.  Let's just say the tooth is now in a bowl with a lid and not in her mouth.  I don't have the energy for that fight and ultimately it's her mouth!

Onto more positive thing, well I had a delicious late breakfast of home made beans, chicken sausages, eggs and 2 slices of bread for 4SP.  I might have the same this morning, set me up for the day.  I had a packet of Satay chicken skewers for 4SP to pick at through the day.  For lunch I mixed a tin of tuna with some yogurt mixed with mint sauce, had that on a sandwich for another 4SP, because did you know 2tsp of mint sauce is 1SP boo to that, I love the stuff, I'll only use 1tsp next time for zero.  Can I say it really works though, tuna in minty yogurt instead of mayo definitely works for me. 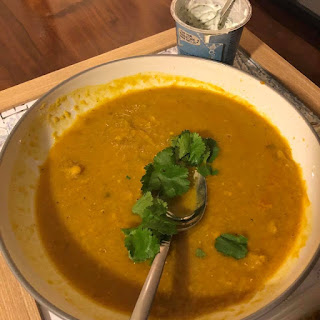 Then for tea the lovely Harj pulled it out the bag again and bought me food, I could eat a bowl of her lentil curry every day, this time though she also bought me a bit of leftover sardine curry and I have to say, it was amazing!  She'd used the sardines in tomato sauce but didn't use the sauce, had she used sardines in brine instead they would have been zero points because it's only smoked fish that isn't zero.   She'd used her usual curry base but ma'an it gave sardines a whole different dimension, I'm definitely going to try and make it myself and if that fails I'm going to pay her to make me a batch because that really worked for me.   She said she used her usual base recipe and changed the chicken for sardines. 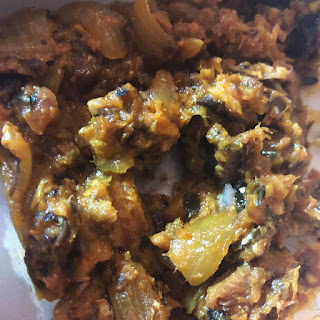 https://wwbevsworld.blogspot.com/2018/11/have-very-greatful-day.html you'll find her recipe on this blog entry.

Today is all about pulling back 4SP!  Yeah I can and will do it, if I don't though, I can be proud of the fact yesterday I earned 17 FitPoints, and racked up almost 18,000 steps on my Fitbit, my target since the upgrade to FitPoints 2 was set at 24 for the week, turns out, I've smashed that in 2 days, so maybe next week, we'll need to reassess my activity levels, I'm obviously more active than I realise.

I will have a very, great day, I want another weight loss next week, I'd love my first milestone before Christmas, that little 7lb tag, I was envious when I handed out a couple of them last night, plus thrilled to hand over two 50lb ones last night and so pleased for the ladies receiving them.  People might be thinking I'll wait till after Christmas to join but this time of year is such a good time to sign up, it just keeps you aware over this festive period, you don't have to join to lose weight before the new year, but to limit the damage, then you're good to go straight afterwards, plus they've got that offer which is a no brainer, pay nothing till February!  Get a WWer to send you an invite a friend, share the love link from their app and both of you get a free month added after two weeks as well, so you can end up with 3 months for free and making you're mates day!

Anyway, I need to get ready for work and feed, my belly is saying FEED ME!  Let's make today count BeYOUtiful!