19th July 2018
It’s the friends we meet along the way that help us appreciate the journey. 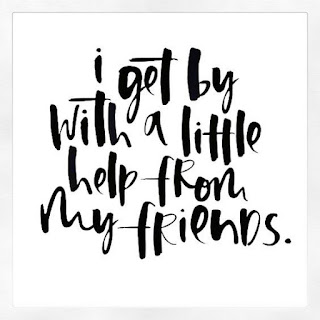 When I wake up in a morning I have loads of notifications waiting for me on Facebook, occasionally one will stick with me and this was the one this week, it was Sunday morning, Lucy had commented on my blog, saying how fantastic she was feeling after surviving a Saturday on 23SP, having no booze and rolling over 2SP!   She was planning ahead for her holiday this Saturday because she wanted to feel the best she could and that meant taking care of herself 100% and tracking, her words were, “I tell loads of people to 100% track and do WW for 2 weeks you will feel great and get the bug to carry on, don’t get me wrong it’s one of the hardest things I go through day in day ou,t I love food – eat, sleep and breath it, but the results are so good you wanna carry on. I’m now the lightest I’ve been for 16 years how good is that!  Today’s the day I go for my holiday clothes I reckon there will be happy tears trying clothes on not fatty tears I’m a little excited who would of thought ay, catch u laters  👋🏻👋🏻 xxxx”

Trudi who she was chatting with caught on straight away and replied “You’ve inspired me again, going to 100% track from today 😉”, I’ve taken a little longer for her words to sink in.  and it wasn’t the above words of wisdom that did it for me it was this last comment;

“Do it Trudi, I’m about to whack a chicken in the oven for later, you might need a few deep breaths and a little self-control, it’s like giving birth once you get through it, you forget the pain you was just in, lmaooo, god I made myself laugh then.”

I’ve known Lucy for almost as long as I’ve been a coach so about 13 years, I’ve never seen her looking and feeling so good in herself, she’s always been BeYOUtiful and funny but now she’s a little bit different, I see it, I think she does too, it’s been over a year now since she got on track with a vengeance, she’s not been 100% over that time, she had a stonking 16lb Christmas gain, which took her 5 weeks to shift but shift it she did!  Holiday’s usually cost her 4 or 5lbs and she likes her holidays, but she’s now 60lb lighter and keeping it real.

Yep, Lucy flicked a switch with her comments Sunday, a text message conversation I had with her also kicked me into touch, made me realise there’s plenty of us got stuff going on in our worlds that make it difficult to concentrate on losing weight, so yesterday was the first day I tracked 100% and that’s because it ain’t as hard as we make out, it takes minutes to jot it down but it makes you think before you eat.  No I wasn’t within my daily allowance but I was much improved and a heck of a lot lower than I would’ve been had I not been writing it down.

I’m making no promises but I do at least plan to write it down, what do you intend to do for the foreseeable?

He’s to aiming for a very, great day BeYOUtiful.
Posted by Bev at 6:31 am