No time to blog today ;) 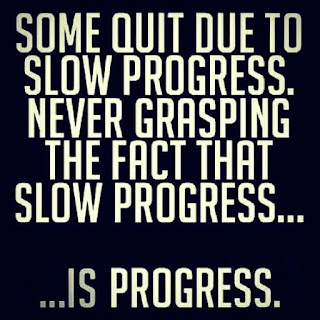 Just WOW!  That's all I can say, I was a blitzing beast yesterday, I cleared out so much stuff, you'd be proud of me!  Bless Bonnie, she's taken it all to have a car boot sale to make money for Cancer Research, she's doing Race for Life in June and a sponsored slim too, her first weigh in last night saw her lose 4lb, so off to a good start!

I can't tell you how good it feels, once I get passed the hard bit of letting go of something, to be seeing my house getting decluttered, it really is started to create some calmness in me.  There's still a lot to do, but we filled the back of Bonnies car twice yesterday with stuff, so you can imagine how much there was to start with.  I've halved my clothes, anything I hadn't worn in the last 12 month and even stuff that I really need to replace this summer, it's all gone.  I found out all my CDs, I have loads, but they're not going 'yet' I'm going to play one a day in my car for a few months, if I don't carry on doing it then they'll go.  They were the only thing I struggled with getting rid of.

This will be the theme for my weekend, blitzing stuff, I've even emptied a kitchen drawer which will now house utensils that were in a tub hanging off the wall, still got two or three more draws to sort, but it's a start.

I just love the idea of having less stuff, like I said yesterday less stuff means less to clean, less to organise, less to store, less mess, this sings to my soul right now!  I'll be decorating next - eek, I haven't done that in a very long time, but if I do my bedroom first it shouldn't cause too much disruption.

Something went wrong with my Waitrose order, I mustn't have pressed the last button although I'm sure I did, so I'm guessing its my internet connect, which hasn't been the best this week.  But anyway I didn't get my delivery after all, it was all still sitting in the basket waiting for checkout, it's all good though as I had a meal deal from M&S and some of their pizzas, so we're set for the weekend, I've changed my delivery slot for Monday so I'll have eaten a bit more of the freezer stuff by then hopefully.  Proper clear out all round!

Now I've got to rush because I've been messing about looking at 'bedroom ideas' on Pinterest when I should be blogging and getting ready for work :)  There's a glorious sunrise going on though that I have to just stop and marvel at, it's all pastel pinks and blues, really pretty.

Plan of action for today, my lovely meeting this morning, a nice massage to revive me, I'll be asking her to ease my aching joints and give me more energy to tackle the task at hand, no time for resting this weekend, I have a house to empty of stuff!

What you got planned?  Something enjoyable and/or fulfilling I hope.