Getting my healthy back on!


31st January 2017
There is no shortcut, it takes time to achieve your goals 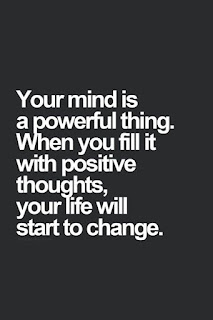 Last day of January, where did that month go!  I'm putting my hand up right now to admit to a 1.5lb gain yesterday - oops!  The weekend was so much fun though, but if I'm honest it wasn't just the weekend, I've been picking at moms treat stuff too, so I'm not surprised, I'm also okay with it and ready to Focus in February.  On a positive I'm 1.5lb lighter than I was at the start of January, I'll take that, it was my birthday month after all.

Today I'm thinking No Count, egg, mushrooms and tomatoes on toast for breakfast, egg, beans and chips for dinner and a bowl of soup for tea - how easy was that to sort!  Yeah I'm going to stick with a bit of veggie again today I think, no reason other than I ate a lot of meat last week so trying to balance it out a little.  I've also got a Smart Kitchen food box coming tomorrow and I ordered the veggie version, mainly because I was fortunate to trial this for Weight Watchers last year and I was very impressed so I thought I'd see what they've done for the veggies out there - I'll let you know, or of course you could go and have a look yourself. https://wwsmartkitchen.co.uk/ 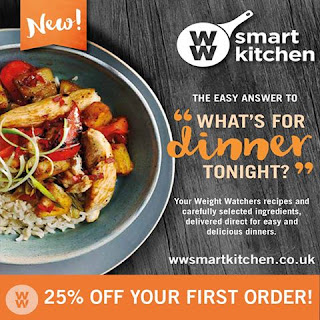 That'll save me thinking about what to eat and it'll also make me try new recipes and new foods, I found that really good with the trial because I didn't have a choice and I was doing it because I'd agreed to, I had to try the meals and I have to say I enjoyed every one of them, even the ones I didn't think I would enjoy.

Then when the week is over, I can look forward to a beef stew, actually I might make one of those today or tomorrow, I can't see me being 100% veggie all week, but you never know ;) me fickle and indecisive - I won't have it said!

I've got a lot to do this morning before work and for a change I slept until my alarm so I need to get a wriggle on!

I've also decided that I'm going to be doing "Time for a cuppa" for dementia uk in my meetings at the beginning of March, the main event will be at and after my Saturday morning meeting on the 4th but I'll probably do a little bit of something in all of them, so I need to get my thinking cap on and as well as those who can make a cake or two, I'm looking for the help of crafters to help me out with an idea!
https://www.dementiauk.org/get-involved/time-for-a-cuppa-2017/

In other words I've got a lot to do, so I haven't got time to sit here trying to think of what to write, I have however decided that this week I'm going to get myself a weight loss, if I can up the weight loss to 2-3lb a month, I can be another stone lighter by Summer, I want that and it's not going to happen by accident, I need to actually stop eating and drinking so much and get my tracking on.  Today will be day 1 of doing just that, I'm going to start it off by going to fetch and eat an apple, the pint of water has already been drunk.

Here's to making the last day of January a really good healthy one - you up for that too BeYOUtiful? x