3rd December 2016
You believed in Santa for years, you can believe in yourself now! 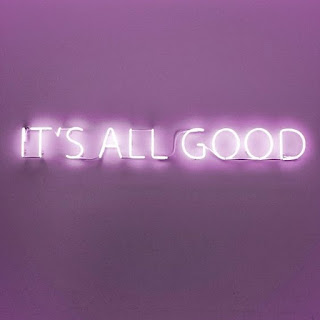 You have to smile, my mom was so poorly with head cold and cough when I came home Thursday night and yesterday it had almost gone, mine lasted weeks.  I make sure I eat as healthy as I possibly can, she eats healthy when I make her and follows it up with biscuits and other such crap!  I know I'm a weight loss coach but sometimes all this nutritional advice makes me smile when you look at her!  I'll stick with my healthy though, plus I actually enjoy the food so it's all good.

I finished off the slow cooker chicken with a load of veggies and a yorkshire pudding last night, actually Alfie ate the chicken off my plate - he was grovelling and I was in a good mood, so I just went and got extra veggies.  I had chippy chips for lunch though, I finally found an assistant that only gave me what I asked for, they normally through loads at you.  I asked for a small cone and just a bit of curry sauce and that's exactly what she gave me, she put it in a burger size tray, hit the spot, got rid of my craving for them, although I realised it wasn't chippy chips I was craving, it's Wetherspoons chips, they're so good, McCain's home fries they use, then deep fry them.  I'm going to get a bag and see how they turn out in the actifry, they're not a bad food choice then as the fat is kept to a minimum.  I could just eat a chip butty right now, even at 5.27am.

I get weighed by my boss today, it's our area meeting, it was getting weighed at the last one at the end of September that helped me to realise I needed to get on track properly and lose some weight, I'm looking forward to stepping on them for a change.

It's going to be a busy day, a good breakfast is in order, I could just do a bacon sarnie but I have none :( I could run over the new co-op!  Egg sarnie will do, I'm messing about here and I've got stuff I need to get done, got to go to work.

We had a bloomin cracking meeting last night, so wonderful results at the scales, Bonnie decided last week after watched 'this time next year' on tv that she was going to set herself a goal like that, well she started off with a cracking result of half stone gone.  Kelly who joined with a few others when I opened the meeting got to her goal too, they may have stopped coming but she carried on and is now a few stone lighter and a big smile on her face, so impressed.  There was lots of success at the scales last night and even those that weren't losing were smiling because they'd mostly been enjoying life.

A couple of us got chatting at the end of the meeting, the subject got onto how people on post the good stuff on Facebook, I do, I like to share my smile moments,  because no one is entertained by someone else's miserable bits.  Anyway we discussed how some people think the 'good stuff' that gets posted is that person's life all the time, it isn't and we need to realise that, that holiday in New York you're seeing being posted could mean they've eaten beans on toast for a year to pay for it, but I don't wanna see that dinner pic, so let's remind ourselves of #reallife let's not live in a bullshit bubble!

I mentioned the Samaritans image on their website #RealChristmas, we had many an argument in our house on Christmas day when I was a kid, to the point of when I was old enough and dad had died, mom and I went on holiday every year after, we did that until the last few years, just to get away from that tension and stress that Christmas seemed to bring to our household, not to mention the arguments!  Dad going down the pub for a few beers whilst mom tried to make Christmas dinner with what little money she had, then him coming home half cut and usually with a "mate" aka a drunk who had nowhere else to go so he'd bought home for dinner with us.  Yeah it was all WOO HOO fun times - NOT!

So if your Christmas's aren't all Christmas Eve boxes with PJs and goodies in and party games, don't think you're alone because you're not!  My Christmas these days is less is more, the less people in my house the more I enjoy it ;)

On that note, I'm going to get me and mom a brew, here's to a good day, I'm blessed that I have an attitude of gratitude, that my mind leans towards the positive naturally these day, if yours doesn't that's okay, doesn't mean you can't force it in that direction. xx
Posted by Bev at 6:49 am