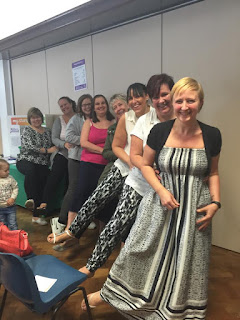 Well me and some of my members have decided we're going to take up the challenge to go for a Silver Seven for September, please feel free to tag on the back of our Weight Watcher conga line and share in our planned success.  We don't want to dance the diet cha cha anymore (2 steps forward 1 step back or the lose, lose, maintain, gain in my case)  we're going forward, a conga line doesn't go backwards only forwards, so come on let's "do do do the conga, that train across the floor" as Black Lace would say (that's taking me back to my childhood!), we even made a conga line in my meeting - enjoying the journey aren't we ;)

But seriously the point of the conga idea is weight loss success is more about what you do over a month, not just for a week, we can all manage a week on track can't we, but sticking to it week in, week out without having that 'sod it' moment, well that's a whole different ball game.

So despite having the lurgy trying to take over my body, I managed to stay on track yesterday, I may have an achy body but the drugs do work :) so I'll keep topping up on them and try and get a bit of rest in today and plenty vitamin C.

I resisted a packet of Snaps (my favs) that my lovely helper had treated me too, I didn't take them home because they would've been eaten at some point.  I gave away the rest of chicken curry and casserole I'd made because I didn't have room in the freezer and I'd have been tempted to eat it all and I ended my day on 32pp, earned 1pp on my fit bit so all is good in my world.

Over the last few days I've changed to a smaller plate, I don't actually think it's my plate - AnnMarie, I think it may be yours!  If it is I'll return it and buy me a set ;) The smaller plate idea does work I have to admit, they also reckon the colour matters, red is supposed to be a good colour for a plate to encourage you to eat less, or green if you want to encourage yourself to eat more greens!  But the more you google it the more they have to say, even the effect of the color contrast between the plate and the food, and between the dinnerware and the background (i.e. tablecloth), the combined effect of plate size and colour contrast between food and plate, and the effect of attention, or mindfulness, it's all relevant!  & Complicated I reckon, so I'd go for a smaller plate so you can fill it, sounds easier to me, and maybe a pretty one you like the look of. 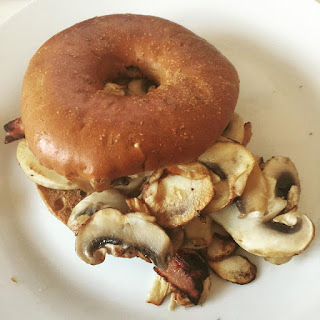 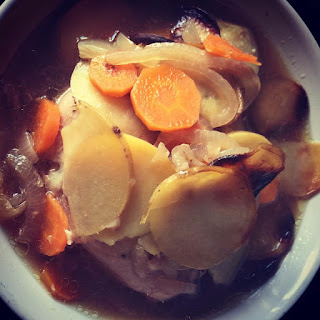 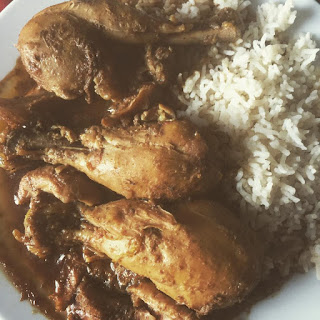 Rosemarie's chicken (5pp)  I could live on this!  Recipe here http://happyowls.co.uk/Recipes/RecipesDinner/RosemariesStewChicken.html (you only have to ProPoints the chicken you use)
Rice (4pp)

Wine (9pp) I was only having one glass but it was lush and I felt dreadful, so it was medicinal of course :)

I'll take that total and here's to another day on track, I will not let this lurgy take me of track, I've got Rosemaries chicken to last me all day so I don't have to cook - I could actually do F&H as she's used skinned drumsticks and they're okay on F&H.  I'm also gonna drink lots of fluid, water not wine of course and have an early night.

Before I go, I found this gluten free pancake recipe online yesterday that sounds interesting,

Ready in 20 minutes, plus 20 minutes resting time
Cooking time 15 minutes
Makes 3 pancakes each for 4 people (4pp per person, 17pp total, if on F&H you only have to take the oil & syrup ProPoint from your weeklies)

For the pancakes:
To serve:

Place the bananas, egg, rolled oats, and cinnamon in a blender and process until smooth. Allow to stand and thicken for 20-25 minutes.

Heat a non-stick frying pan until hot, add a little of the oil and add a spoonful of batter to the pan – you can cook 2-3 at a time. Gently cook for 2-3 minutes on each side. Keep warm while you cook the remaining batter.

To serve, pile three pancakes onto each plate with the berries, a tbsp of yogurt and a drizzle of maple syrup.

I might have a dabble at those when I'm feeling a bit more energetic and less achy!

Right here's to another day towards that Silver Seven by September Cha Cha Weight Watchers Dance Train - try saying that fast on a Friday morning!  Have a glorious day BeYOUtiful, let's make August count, it starts tomorrow, why not spend today, getting yourself all prepared, motivated and good to go!