Nothing is ever permanent

Wednesday 17th February 2021
Life doesn’t come with a manual, it comes with a Mother. 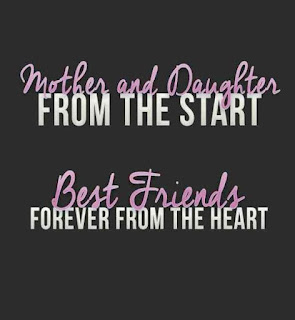 Spoke to mom on face time yesterday afternoon and she was so much more herself, obviously still with dementia, but happier and more settled.  The staff at New Cross are amazing, they're all incredible and yes it's been difficult not being able to see her when I want to and there not being visiting times but I know in my heart she's being looked after and probably getting more interaction than she does here as there's only the two of us.
She may be coming home today so my plan was to have a cracking good night sleep, it appears the universe was having none of that as Alfie has been an absolute bloody nightmare all night, he's got a skin condition and has scratched more than I've ever known, it could've been because we were on park yesterday but I couldn't stop him and he's also panting a lot - why isn't anything ever easy.  I just wanted to sleep sound.
On a positive downstairs is lovely and tidy, and I've made a start on my clothes, they're no longer in bags at least.  I've hidden my office and will ge to it when I can.
I don't really know much more about mom other than she's feeling better, I believe she went to have CT scan yesterday, they had said she could have the heart scan as outpatient but getting her to agree to return will be a challenge in itself.
I've been able to book my covid jab for next Wednesday so feel another step close to some level of safety for me and mine.
As soon as I know more about mom, I'll let you all know via facebook, this morning I'm going to need to seek advice on Alfie, you couldn't make it up as only yesterday new food was delivered for him to try and help his skin issues, he's been free from the crap mom feeds him for a few days so you'd hope that would've helped but who knows!
Not much to tell as not much happened yesterday other than housework and watching a couple of Harry Potter movies, here's hoping for some good news and dog solutions today.
Mwah, luv ya
Love me
Posted by Bev at 8:51 am