Shopped Smart yesterday I did!

31st January 2016
Love yourself first and everything else falls into line.  Lucille Ball

Just had me a much needed lie in, hoping a weekend of rest will see off this head cold, can't complain though, I've got off lightly compared to some or the lurgy I've heards going about.

It's been another fab week in meetings and of course yesterday was the last weigh in for January, which means we've lost a fabulous 2,309lbs which is 165 stone, amazing and shows the Smart Plans working a treat.  We're not just losing weight now, we're getting healthier too because that's what the plan naturally does, it's nudges us towards making healthier choices whilst still giving us the option of spending those points on anything we choose.  Smart isn't it ;) 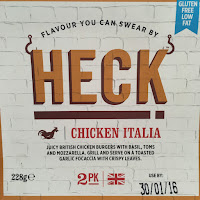 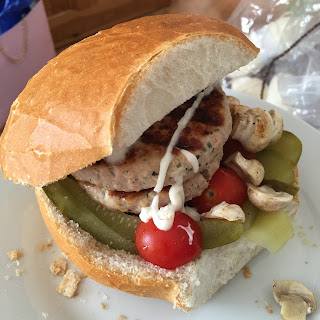 I had a delicious meal yesterday, Heck chicken burgers (Asda at Heath Town had them) on a big crusty cob (Sainsbury's do these, they bigger than the usual ones) the whole thing was only 8 Smart Points of deliciousness.  My breakfast was a ham, cheese and tomato toastie, the bread cost me 6sp because it's seeded but the ham once on the scales was zero and I topped it with 1sp of cheese, that was tasty too.  Only 15sp spent over two meals which shows you can eat well for less!

I've got a chicken for dinner today but I'm thinking I'm gonna go with chicken and chips rather than a dinner, just not feeling the love for standing in the kitchen, I'll make chunky chips I think as I have potatoes that need using and we can still have gravy on them, mmm chips and gravy!

I had a good mooch round Sainsbury's yesterday looking for food bargains, I've actually bought some ready meals for the week ahead so that I don't need to think about cooking, some I just took pics of as I don't need that much food! 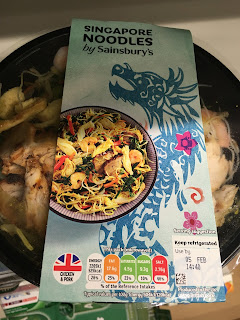 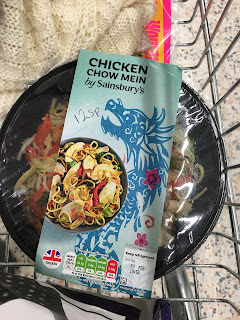 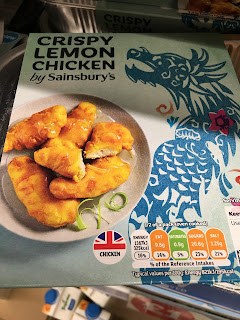 These Singapore noodles were 16sp for the meal, I didn't buy that because of the prawns, I have bought the chow mein for 12sp.

I left the crispy lemon chicken on the shelf, it was 11sp for half the packet!  Gives you an idea of what you're spending at the Chinese takeaway though doesn't it. 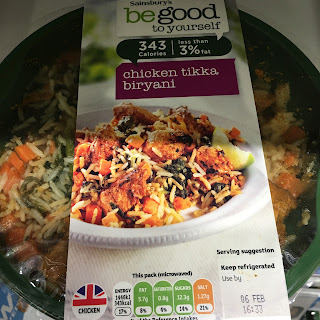 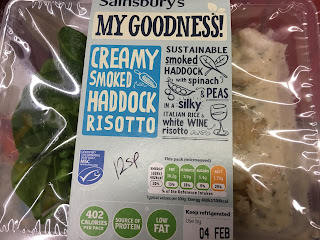 These look lovely for 10sp, chicken and mushroom pie. 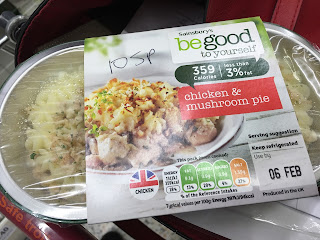 Next I moved on to the freezer cabinets; 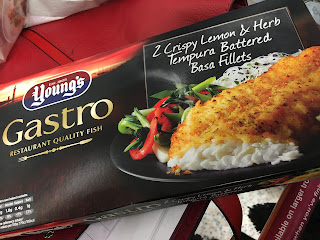 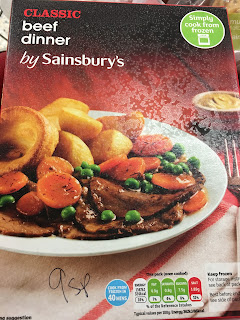 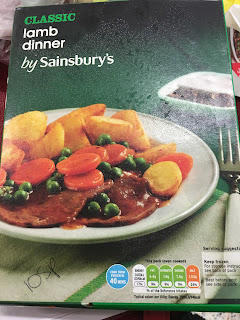 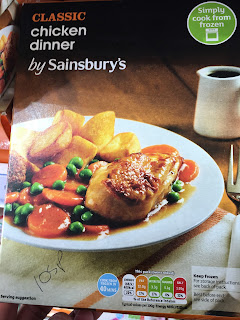 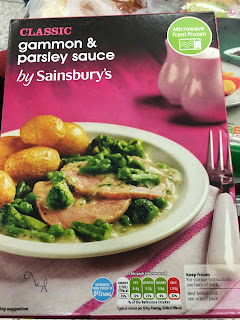 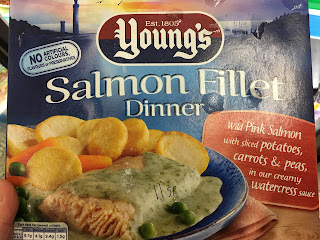 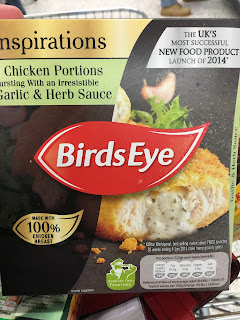 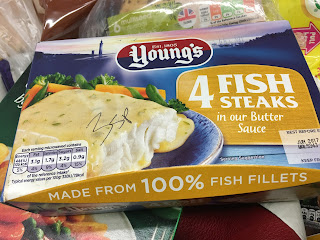 The ones I've actually bought will save me messing about for my evening meal over the next week or so whilst I've got so much on.

Right that's me for this morning, I'm off to make the biggest mug of tea I can, then I'm going to get the paperwork done that I must, sort my meeting out for next week and then plonk my backside firmly on my chair in front of the tv with my knitting and let nature take it's course with this cold.

Whatever your plans are, stay BeYOUtiful.  Here's your Smart Point recipe, it's an old favourite of mine.

Meanwhile, melt margarine in a non stick saucepan and stir in the flour to make a ball. Remove the pan from the heat, add the milk and whisk until the roux ball is completely broken up into the milk.

Return to a low heat and whisk until the sauce thickens. Add soft cheese and mustard, season to taste. Place the steamed leeks in the base of an ovenproof dish. Pour over the sauce and sprinkle with the cheese, then bake for 15 minutes until bubbling and golden.

Going to end January on Track!


30th January 2016
It is better to at the bottom of the ladder you want to climb than to be at the top of one you don't. 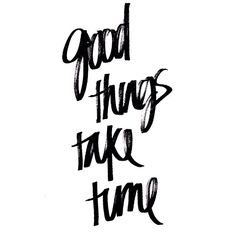 I had a lovely afternoon yesterday, it's so important to find time to enjoy the things you like to do and that's exactly what I did yesterday.  Afternoon tea at Netherstowe house was very nice indeed, they have choices, what I'd call regular afternoon tea with the finger sandwich etc that's upstair in the dining room, however we went for the Brasserie Afternoon Tea this had foods like scotch egg, couple of chunky chips, cheese tart as well as the sweet selection of course, scones, macaroons etc.  It also meant we were down in the cellar, the upside of that was we were the only two down there so weren't disturbed and we didn't have to control our giggles!    A lovely few hours spent, for me followed by an amazing massage at the Chi rooms before returning home to chill out with mom and knit (it's keeping my hands busy and away from food!) 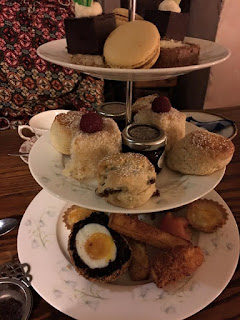 It's been a cracking results week again in meetings, I've been handing out lots of 1 stone lost certificates and 5%, proving that the new plan is really getting members off to a good start, this is the album with the photos taken so far this year, don't forget not everyone wants a piccy so there have been many more certificates handed out ;)

I've got two recipes for you today, one from a lovely leader friend who posted what looked like a delicious meal the other night, and she sent me the recipe, that's this one;
Tikka Cod and spiced lentil 8sp 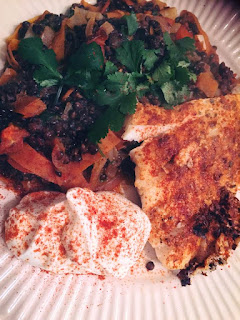 Add chopped garlic clove to yoghurt stir and season in a frying pan fry onions and carrots in a little of the stock until softened add the spices chilli and garlic cook for 1-2 mins then add the lentils mix together then add remaining stock - add more water if needed cook for 10 minutes.

Then there's one of my old favourite;

Heat the oil in a large non-stick frying-pan and add the mince, add the garlic, ginger and onion and stir, then add mushrooms, and peas stirring well. continue frying gently for approx 5 mins. Stir in the curry powder and cook for a further minute, then mix in the cinnamon. Add the stock or water & chutney. Bring to the boil, then cover and simmer for 5- 10 minutes until cooked. Serve with oven chips.

Here's to a great weekend, I plan to stay on track and to honestly complete a paper tracker, I'm going shopping this morning after my meeting to look for good food finds, if you already know any inbox me and if you've cooked any delicious meals under 10sp (breakfast, lunch of tea) send me them too, if you have photos even better.

Focus on the healthy and happy and always stay BeYOUtiful!
Posted by Bev at 6:43 am No comments:

I'm pleased with my progress


29th January 2016
Be not afraid of going slowly, be afraid only of standing still. 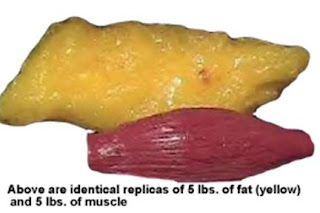 I only stayed the same, I'll take that, good a stinky head cold, went out with my girls last Saturday for food and cake, not tracked all week although have Smart Pointed all my meals.  So my January total weight loss is 5lb, my first Fab Five, that's what me and all my members are going to be aiming for in February too, that next Fab Five.

In my meeting I have a visual of a 5lb lump of fat and it looks huge!  Looking in the mirror, I can't see a massive difference so I've just re-measured, (I measured on day one too), I've lost

See the weight loss is distributed, it doesn't all come off one place, so already I've lost about 13cms, I'll take that.  I noticed the difference in the dress I wore to work yesterday, I'd worn it over Christmas and felt like it was too tight round the top but it fit yesterday.

Realise every pound you lose makes a difference, this isn't a race, it's not just about numbers, it's about getting healthier too, having a liveable plan, enjoying that journey, still being able to eat cake and chips now and again.

Speaking of cake, today's not going to help my weight loss journey as we're off for afternoon tea to celebrate my besties birthday and we won't be stressing about the Smart Points I will admit, we will be enjoying what we fancy because you only get one birthday a year and you have to celebrate it with your bestie, we're doing it early as I won't get to see her on her actual birthday next week.

Posh afternoon tea it's going to be too - I'll take piccy's don't worry and you can look at them because there's no Smart Points in looking :)

Then from tomorrow, I will be sticking to my daily allowance for the rest of the week and tracking honestly on a paper tracker like I'm asking my members too.  I will track today's food too, it just won't be within my daily allowance and I think it's likely to go over my weeklies too!  We shall see.

Right I better get a wriggle on I've got afternoon tea to get too, I've got quite a bit of work to do first though!  Whatever you're up to today, remind yourself you're allowed to enjoy life, but don't self sabotage yourself, focus on the healthy and stay BeYOUtiful.

Here's your Smart Recipe for today;

Put carrots and onions in food processor and blend (if you haven’t got blender you’ll need to dice small as possible), spray large frying pan with spray light oil, then add mixture from blender, cover and fry for 10 minutes (check to ensure it doesn’t stick, add a bit of water if necessary).

Put potatoes on to boil to make mash to top mince later.

Remove mixture from frying pan and then fry beef (no oil necessary as there’s fat in the mince), once brown, add back carrot mixture and stir through. Dissolve oxos in a mug of water and add to mince. Flavour to your own personal choice.

When cooked (about 10-15m), put mince in ovenproof dish, top with mash then sprinkle grated cheese on top and cook in oven till cheese is melted and browned and serve.