Wonder if it knocked some sense into me!


19th November 2016
We don't have to agree on anything to be kind to one another. 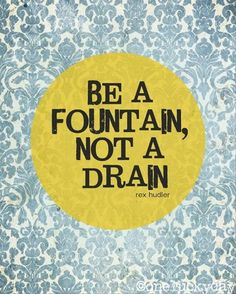 Cooking never happened as such yesterday, my day changed, I ended up messing about at the doctors for an hour, then I decided to go Christmas shopping, I've bought me and mom a posh advent calendar which I'm going to fill will goodies, mine might have to go across the floor somewhere as I'm not sure it'll hold the weight of the miniature bottles I've bought ;) not all of them are alcoholic some have nice smelly scents in them.  It wasn't the cheapest idea I've ever had but it'll make December fun and we'll countdown to Christmas and my first week off this year.

I did however nip into Aldi to check to see if they had the Turkey parcel that's advertised in their catalogue, I'd seen similar in Waitrose but as you can imagine the price was different! 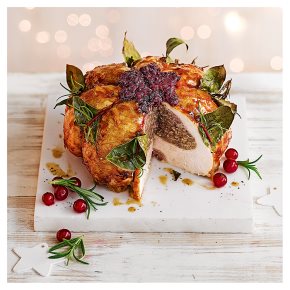 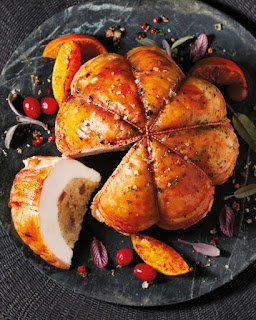 They had it in Aldi, there was a choice of sage stuffing or cranberry and orange, I had the latter just to try and I have to say for the price I was really impressed, for a family of four or even six who don't want leftovers after their dinner, this is perfect, no dry meat in sight.

This was what it looked like in real life, turned out tasty! 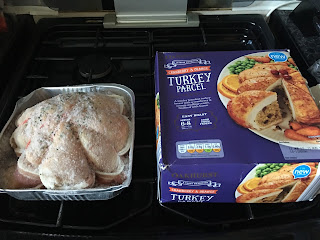 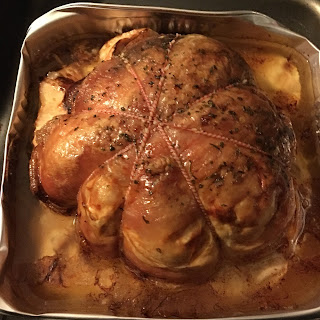 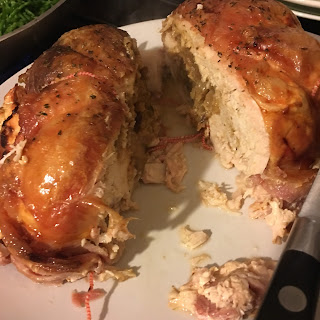 Dangerous out there in those shops right now though!  So much temptation, I even succumbed to a wagon wheel, I wanted the wagon wheel tin and it came with 10 wagon wheels inside, couldn't resist having one when I got home, 7sp of they don't taste like I remember them when I was a kid!

I've got tandoori chicken breast marinating in the fridge, they'll be my feast when I get home tonight if I'm hungry and if I'm not they'll be tomorrows meal.  We're off to the theatre this afternoon, not sure of the food plan, we may eat out, after all we don't get to go out very often and it'll most likely be our last pre Christmas thing.

Oh I almost forgot to mention my tumble last night, let it be a lesson to us all, although I don't think many of you are as stupid as me.  I was chatting with Lucy aged 6, we were discussing her cheerleading and gymnastics, she's mastered the cartwheel now and is awesome at the splits, so I enquired if she could do a handstand, turns out she can't - not yet anyway and apparently neither can I anymore!   I attempted it once or was it twice, I didn't get very far into the air, then a member had a go, she couldn't either, so stupidly I had one last attempt, I remember my foot hitting the wall, then my head hitting the floor - it needs more practice, I used to be so good at it as a kid, not anymore, apparently my mind hasn't aged but my body has!  It might have convinced me to start doing some stretching and strength exercises though.

On that note with a slight bump on my head, I'm going to go get ready for my meeting (I wrote work but then deleted it because it doesn't ever feel like work when I get there, yeah it involves work but it's more fun and I get to catch up with my girl as we set up).

Here's to a weekend on track, I may enjoy today but I'll get back to it tomorrow whatever happens.  Five weeks today is Christmas Eve, I'm starting to get excited, I even bought Alfie a new squeaky toy gift yesterday, two actually.  12 more sleeps till the advent calendar starts!

Enjoy your weekend BeYOUtiful, stay healthy and be happy!