Yet more proof the plan works!


12th January 2015
Don't start a diet that has an expiration date... Focus on a lifestyle that will last forever...

I've decided I'm ready to grow the beard and turn into a man!  Yep this hormone menopausal thing - you can keep!  Disturbed sleep all week then yesterday thanks to the mother nature goddess, a few stomach cramps and night sweats got thrown in, the one time I bothered to look at my clock it said 3:33, and I just smiled and thought to myself, "mmm halfway towards the devil" (666) get it!  I'm still smiling though and I've had enough sleep, I'm just waking up, I read for half hour at one point which does seem to help me drift off but I think it was more to do with the two Co-Codamol I found in the bathroom and decided to take so at least I was pain free from the stomach cramps, the locking knee and the sore boobs lol, it's great this maturing lark ain't it!  And I'm expected to watch what I eat whilst putting up with all this ;)

I did watch what I ate by the way, we had a very good day, started with the cracking egg recipe which I also added mushrooms, tomato and spinach too. That was 8 ProPoints.  Lunch was 10pp of healthy and it was delicious. chick peas, bulgar wheat & quinoa with pink salmon and salad.  Then for tea we had 10pp of Warburton thins with ham salad and a sliver of cheese on, they were a meal instead of a snack because I'm getting it under control in 2015.

Have I lost this morning?  Yes I have, half a pound and as mother nature arrived yesterday and I haven't been 100% within my allowance I will take that thank you very much, 1/2lb a week will more than do me as long as it's not going on I'm happy.

Now being a leader is the best job in the world as I've told you on many occasions, its hard work though, I was sat at my computer for hours yesterday doing the aftercare needed for the 12 meetings I do, obviously not all leaders choose to do that many meetings!

I love it when we get new leaders on our area and we've had two start recently, so I thought I'd share their photos with you, Jo has been at goal for 13 years last Monday, the same day she took her very first meeting!  As you can imagine there aren't many before photos lying about but we've found one. 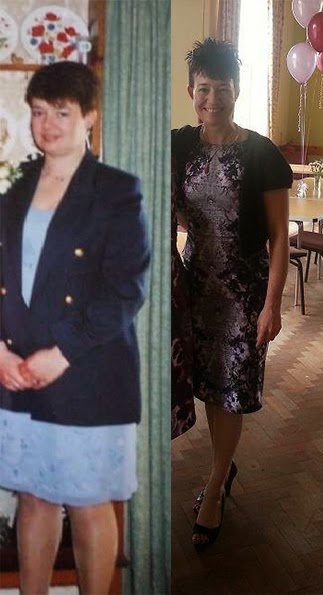 Jo is running a meeting on a Monday night 6.45pm at The Community Centre, School Road, Leominster, HR6 8NJ.

Our other new star is Sam, she has lost an incredible 10 1/2 stone and has maintained since May 2013; 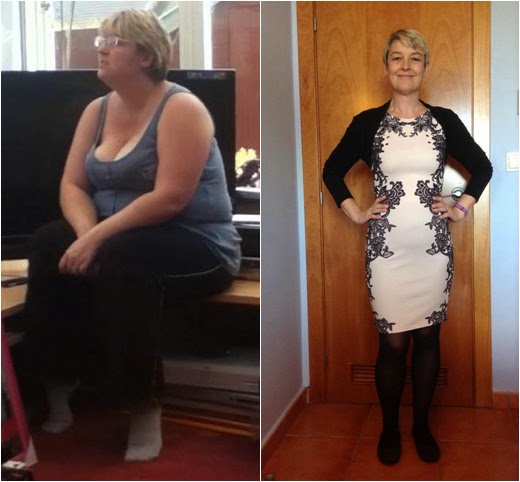 I hope they both enjoy the role as much as I do and that they to get to help many people achieve their goals. If you've read that and thought, "I'd be interested in being a leader", find out more here http://www.weightwatchers.co.uk/job/MeetingPositions.aspx and if you apply where it asks who gve you the idea, put my name ;) and if asked my leader number is 012545.

Now I'm off out for lunch today with my bestie, thankfully my 49 are back in play, will have to see what's on offer before deciding what I'm having.  But first a cuppa and a shower, don't want to go out stinky!

Here's to a fantastic Monday, let's make it count BeYOUtiful.
Posted by Bev at 7:10 am