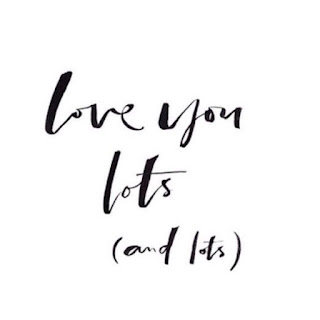 I had a busy but great day yesterday, drove to Ledbury which took a couple of hours thanks to the M5, it was worth it though, I got to do a meeting visit on a lovely meeting, got to meet even more wonderful members and hear their amazing stories, I watched a trainee coach do her meeting talk, she did really well, I’m not gonna lie, I stole the intro idea for myself and did it in my own meeting last night, I was impressed.  Next I met up with two of my colleagues for a huddle and again it was great to spend time with exceptional ladies, coaches that have been in the business for twice as long as I have and know twice as much.

Then last night I got to do my own meetings and spend time with my own brilliant members and helpers, we had a giggle and two lovely meetings, yep yesterday was a very, very good day.

I am looking forward to spending some time with mom the weekend though, these busy days have meant I’m not around so much so I’m valuing the times I am there.  She’s already awake this morning though, so I’ve made a cuppa and we’ve had a bit of a natter, we had an hour last night too before deciding we were both ready for bed.

As I was in a meeting yesterday, I let the trainee do my official weigh in, I’d only gone and lost another pound since Saturday morning, so that’s 4.5lb in two weeks and I’m dead on the stone, I want it under that stone by next week.  I’m going to have to start paying a little bit more attention, I bought a meal deal yesterday and couldn’t see the diet cokes, so grabbed a ‘skinny’ iced coffee, yeah whatever 4sp it was and of course I’d already drunk it, it was good but I was surprised it had sugar added, I expected artificial sweeteners with words like ‘skinny’ and ‘I’m sooo light’ written on it. 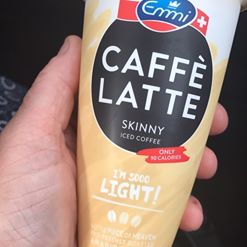 If I’m going to be driving around more, I’m going to have to be more organised, make sure I pick up a can of pop or bottle of water from my fridge as I leave, have quick breakfast to grab in fridge, hard boiled eggs and ready cooked chicken would be ideal for me as I like both and can eat them any time of the day.  I’m not great with toast these days as I think it’s giving me heartburn, not sure if it’s the toast or the spread.

According to the papers this morning you’ll gain 5lb a year if you ‘go large’ when eating out!  Not really surprised there are we, overeating when eating out is so easy as the portion sizes everywhere just keep getting bigger and bigger and you don’t have to ask to ‘go large’ it’s the norm on the menu.  Then of course you have the problem of not wanting to leave food on your plate because that’s how you were bought up, not to ‘waste’ food, although where the waste bin up the corner in the kitchen or your stomach, if you’re no longer hungry where should the rest of that food end up.  Sadly it’ll be in our ‘waist’ bin, i.e. our stomach because we’re greedy, yep that’s the word, there’s no other word for eating when not hungry really, especially if we’re actually full and carry on eating.

Shame there’s so many feelings, emotions and reasons mixed up in why we carry on with the eating isn’t there, why we eat when we’re not hungry, why we order a pudding when everyone else does even though we aren’t really fussed about having one.  Eating is such an interesting subject, the psychology of it all is fascinating - it really is.

Today I’m going to try and listen to my appetite, listen for hunger signals rather than just eat, listen for when I’m full, pay attention to what I’m choosing to eat and why.  I will have use the WW wraps up if they haven’t gone off as they’ve been in my bread bin a while, if I cook them on the George, they might be okay, see there’s me trying not to waste food…

Let’s have a great day, it’ll be worth it once we get on those scales!

You got this BeYOUtiful. xx