Reasons? Excuses? Let's do this! 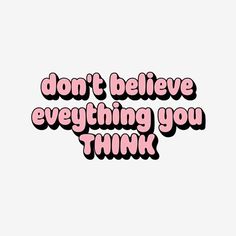 I'm trying to decide what to write, where to start, what to say!  I'm not being the greatest Weight Watcher at the moment, I'm not tracking, I'm maintaining rather than losing, but then I say to myself, I'm still "watching" and that's what it's called Weight WATCHERS not Weight Losers, I never think stuff it, I'm not going to bother at all, I'm giving up, I'm jacking it in! , I just don't because ultimately I want to be healthy and happy, I want to take care of me.  Not tracking doesn't mean I'm not eating healthy meals, not tracking just means I'm not writing it down and staying within my allowance.

Yesterday I asked my members in my Facebook group why they joined Weight Watchers and what they'd like to achieve by the end of the month, I had a lot of response and everyone's reasons and goals were different, just like yours and mine will be.  I also asked why some are struggling and once again similar themes, we're all so busy, short on time and/or money, or going lots of 'other' stuff going on, because it's the school holidays, not happy with the skin you're in, struggling with knowing what to eat.

Let's be honest, it's just easier NOT to do it than to make the effort and do it!

But then when I type those words, I realise it's more rewarding to DO IT!  Those members that stepped on my scales yesterday having lost were just buzzing, they're enjoying the journey rather than making it hard work.

Hands up who's making it hard work!  Does it need to be?

Can you eat the same as everyone else in your house?  YES!

I think a lot of us are making it harder than it needs to be, yesterday I didn't track I've already fessed up to that but thinking back, I had a slice of toast at meeting (3sp), another one when I got home (3sp), lunch was a fish finger sandwich with lettuce and tomato (12sp), for tea I bought a reduced chicken whilst I was buying the loaf, skinned it and threw it in the slow cooker with a jar of chicken tikka masala sauce on top (the sauce was 16sp a jar, it's sat in my cupboard for months because I was thinking, OUCH, that's a lot of points but it's 4 portions), had that for tea 8sp with Joseph pittas (2sp) .  That wasn't that bad, I won't lie I found a bag of cheese and onion crisps in my mom's multipack, they got inhaled, 4sp wasted, I wouldn't have had them if they weren't sitting in front of me.

Now I've wrote it down, it's telling me what I already knew, it's lazy, bread, bread, bread, where's the veg, oh I had lettuce!  That's the 'come on, get a grip' moment I needed and that's why tracking works, it makes you notice when you're veering into bad habits again. It's a constant reminder that you joined Weight Watchers to lose weight, to get healthy, to get you happy back, whatever your reason, tracking reminds us that we actually did join a group for a reason!  Remind yourself of those reasons, they still exist.
A lot of us join these days for health reasons, we sometimes forget that and think we're untouchable, that it won't ever be us!  One of my members posted when I asked about reasons yesterday, "I joined so that my little boy has his Mom around for as long as possible. I lost my Mom a few years ago when she was only 51 and I bet with a few lifestyle changes she would still be here now so I'm doing this for my son.  I also want to be able to look in the mirror and smile ."

Hits home that one doesn't it, "With a few lifestyle changes" not a complete life change, just tweaks, it's the holidays I get it, the kids are off and running riot, but members still manage to fit their meeting in and continue to take care of themselves.  We're busy I get that too, I've just put it on hold, I've been getting lazy with the spare time I do have and sitting on my ass chilling.  I need to get my energy back.

I've watched one of my members via facebook who's been struggling for months finally get back to it last week, her garden has gone from looking like a jungle to being a lovely sanctuary, she's painted panels, mowed the lawn, got active and when she got on my scales last night, oh my word, did it show, let's just say she lost double figures!  BOOM!

How?  I'm starting today!  Yep, and strangely I'm starting with making cakes, I know crazy, but all week I've been thinking, oh I've got to make cakes on Wednesday for my meeting as if it was the hardest thing in the world, as if it was going to take all day and take so much time and effort and every time I thought of it, I felt my shoulders dropping like I was turning into Kevin the teenager!  That's it right there, that's the poison, that's how it starts, that's how you fall off the wagon right there!  That shoulder drop, that "oh it's all just so much effort" moment, well not today.  Today, I'm going to clear a space in the kitchen, work out whether I need any ingredients and I'm going to make CAKE for my members because one of them kindly bought me a food mixer - I mean, how lovely was that, what a kind gesture.

I'm going to get some veggies down my neck, I might even have a bit of fruit!

I'm going to stop being "blaaahhh" and get back to "ummph"

If I focus on the healthy and happy, the weight loss becomes the side effect at some point, I'm not in a race, the time will pass anyway, but that sentence "and I bet with a few lifestyle changes she would still be here now" really hit home!

You with me?  Have I got the support of my tribe, are we all doing it? Are we going to take care of ourselves today?
Posted by Bev at 7:35 am