We're off for a walk - Alfies begging now! 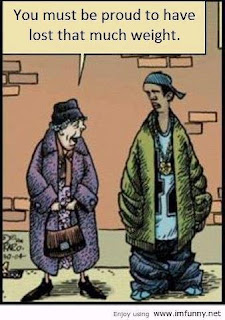 I’m owed a cuddle!  Had a bet with Will, aged 10 and he lost and now he’s run off!  That’s what Christmas is all about – having enough time to give people your attention because that’s what we all are – time poor!   So for the next week the people I love get more of my attention even if sometimes they may be a little annoying, for example yesterday we went for a walk and within minutes, Will was, “I’m bored, I wanna go home, it’s raining, I’ve never been this wet in my entire lifetime”.   Mmm dramatic child – no I won’t have it said.
We’ve been up just over an hour and already, we’ve been mugged by two kid wearing balaclava, had magic tricks shown to us, played cuponk, watched you tube funny videos, done magic tricks and listen to Rihanna about 75 times which makes a change from One Direction who I repeated had to endure yesterday because Jen’s learning the words to ‘ROCK ME’, trust me there aren’t many.  Yes children do a lot in a short space of time, and now we’ve got an Indian Party Selection in the oven for breakfast because it’s sell by date is today and we all voted for a YAY!  It Christmas we can do anything we like.
So yes most of the year we may be time poor but the next week we have 24 hours each day to do whatever we want with and the first of those days yesterday were great.   We had a walk in the rain, and yes he was right, it was really heavy rain, not the wettest I ever been in my life but not far off.   Loving the fact anything goes at Christmas because we’re on a holiday so when we got back we had an Irish coffee when we got home which helped to numb the fact that kids can do so much and they never stop and you just can’t keep up with them even if you want to.
I love spending time with kids but I never wanted any of my own, and spending time with them makes you realise how difficult it is to be a parent.  Jen threw a wobbly last night and cried for ages but Lynne knew exactly how to handle it, which proves the theory you can’t be taught how to be a parent, you learn as you do it.  I’m really fortunate that if I want time to be on my own I can always find it, I love my own company but as a mother you don’t have that opportunity, it must be a nightmare and as Lynne said if it wasn’t for sending them to school then she’d have gone insane long ago!  No wonder women work lol.
Joking aside though they are lots of fun apart from the ‘give me your money’ thing, they never stop; resorting to wearing a black balaclava this morning is possibly the final step and we’re are now officially skint, don’t think they realise they’ve already emptied our bank balance thanks to Christmas and this holiday.
It’s taken me over an hour to write this because you just can’t concentrate, that’s ok though because I’m not time poor this week and I’m enjoying the distractions.
I’m giving up though, I can’t concentrate, it’s futile putting up a fight lol.  We’re gonna go walk the dogs and try to wear the kids out a little – good luck with that ay!
Posted by Bev at 9:21 am