Anyone for condom chicken!


11th January 2016
Your future depends on what you start doing today! 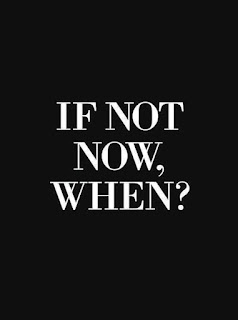 Survived another weekend with some weeklies still intact and I haven't used any of my Fit Points, feeling good and proving to myself I can do this!  I had a lovely day off yesterday which means I've got loads to do today but I need at least one day where I don't feel I have to work if I don't want to.  I pottered around in my kitchen, sat up my table in my kitchen doing an online order, I even did a tiny bit of housework.  Mom and I walked Alfie together on the afternoon, then we sat and chilled in front of the tv for the rest of the day, we're so rock and roll, just how I like it.

Dinner plans changed yesterday as I hadn't got enough potatoes and I couldn't be bothered to nip to the shop, so I made use of what was in the fridge and freezer as trying to clear it out.  I made a beef mince concoction, 500g of lean mince (5% fat) 12sp, stir fried with onion, diced carrots, roast peppers and mushrooms with beef oxo cubes and stock.  I roasted a butternut squash and scooped on the middle, mashed it, put the mince in the squash shell and topped mashed squash.  Massive meal for 3 Smart Points!   And there's leftovers for today = bonus. 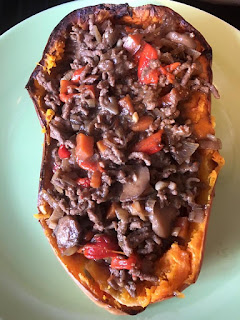 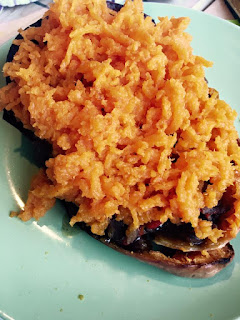 My shopping isn't coming till Wednesday so that I have to use some of the food I still have in the freezer, trying to be a little bit frugal, although in comparison to some my frugal would be their rich!  After finding out a homeless young woman died in a doorway in Wolverhampton last week, I got chatting to an old school friend who works in the soup kitchen at the Good Sheppard, she told me they can feed between 2-300 people a day!  I was shocked, I know I've been collecting handbags and food for food bank before Christmas but I don't think I realised the actual numbers!  300 people in the town I live having to eat in soup kitchens, it's dreadful.  So maybe think of making a donation Text GSMW00 £ then your amount to 70070, maybe donate the money you would've spent on overeating had you not been trying to lose weight, just £2 can support and feed someone for 2 days!  They're doing such a good job, let's help them, here's their facebook page;

So my plans today, are eat, work, work, eat, work, walk with mom, work, chill!  Perfect - what's your day look like?  Pretty similar I'm guessing, make sure the eat bits healthy and you take at least 15 minutes out for yourself to breathe!

If you still haven't got back to it for whatever reason, maybe your house still has loads of 'treat' type food in it (you could take that to a food bank collection station - bring it to my meeting if you want, I'm collecting) or maybe you're trying to do it on your own for a bit (weight loss is easier with support), come on, you can do this but to do it you have to start!  If not now - WHEN?

Today's Smart Point recipe always makes me smile because it reminds me of a lovely lady, I asked members to bring in their best recipe for a booklet I wanted to put together and she bought this one and said, "I bet you don't use this one!"  I did ;)
Condom Chicken
Serves 1, 9sp

Place a medium chicken breast between two pieces of cling film and batten out with a rolling pin until it is the same thickness all the way along the breast. Season with salt & pepper. Keeping the meat on the cling film spread the centre of the flattened out chicken breast with a table spoon of low fat soft cheese (e.g. Philadelphia Light with garlic & herbs or use plain & add your own garlic and a few pinches of mixed dried herbs).

Using the cling film tuck in the ends of the chicken and roll up the chicken along its length to form a long sausage shape so that the cream cheese filling is completely sealed in. Tightly roll up both ends of the cling film (like a Christmas cracker) so that the chicken is completely sealed and water tight. Poach the condom in gently boiling water for 10 mins or until the chicken is cooked through. Carefully remove from the water and drain, then open up the condom to reveal your condom chicken. You can brown the chicken at this stage if you wish using a calorie controlled oil spray in a frying pan until the condom chicken takes on some colour. When cut through the creamy garlic filling should ooze out. Serve with rice.

That's a really simply recipe isn't it, if you used microwave rice, it'll be even easier!  Here's to a Marvellous Monday, take care of you BeYOUtiful because you're important too.
Posted by Bev at 7:53 am