26th February 2014
Stop waiting for things to happen – go out and make them happen! 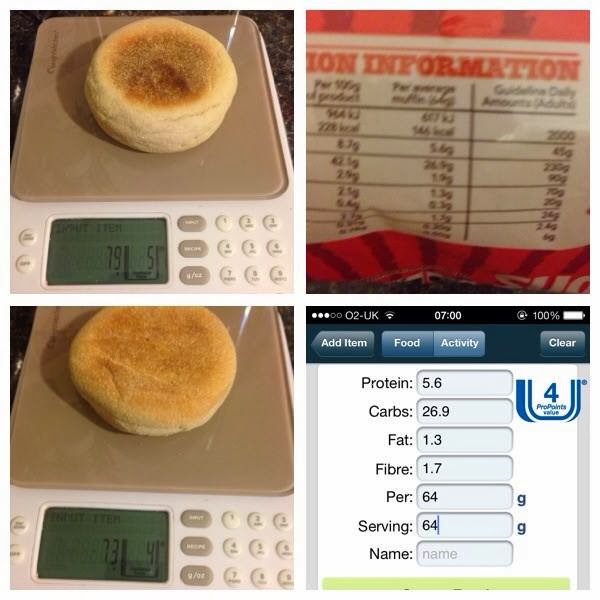 Yesterday morning I went to make my breakfast as I usually do and I decided to have sausage, egg, mushroom and muffin and it was delicious, however I weighed the muffins in the packet using the nutritional information on the packet and my Weight Watcher scales and 2 of them weighed 4pp each, and 2 of them weighed 5pp each – neither weighed the 64g portion that the packet suggested!  This is why I use my scales because I like the accuracy, that 1pp is important to me when I only have a 26pp allowance! My sausage and egg muffin cost me 7pp – bargain.  If I’d gone to McDonalds a sausage and egg McMuffin that would have set me back 12pp, and I wouldn’t have got the lovely mushrooms I had with mine either, I’d also have probably been talked into the big breakfast instead for 17pp too!  Mine tasted so much better and meant I saved 5pp which went towards my 8pp tea of 2 crumpets with cheese, ham and coleslaw! 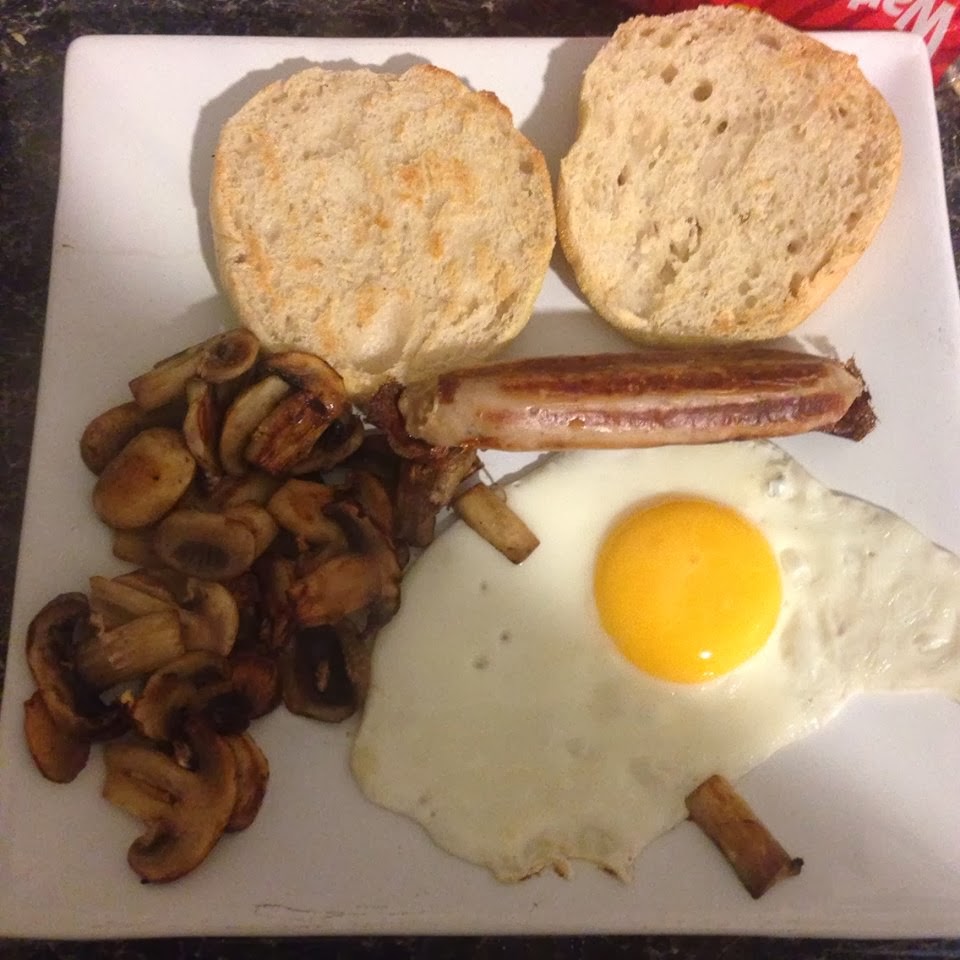 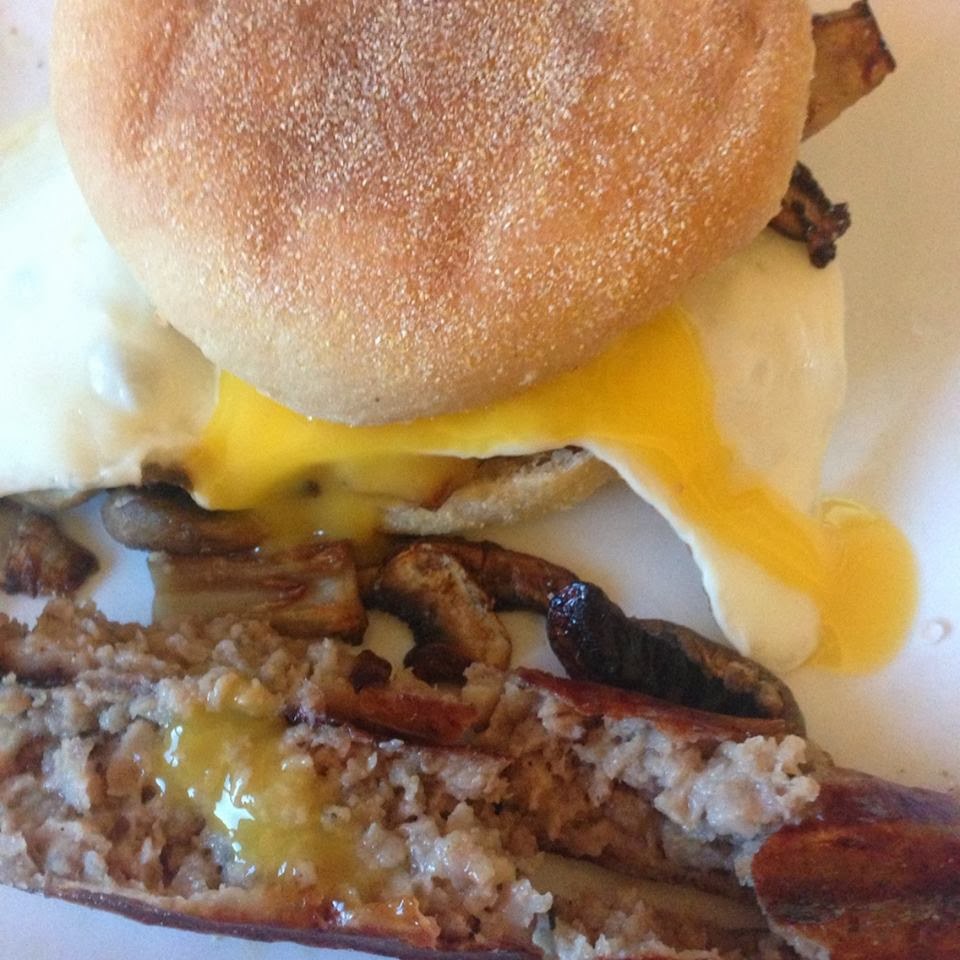 I prefer my runny egg version above to the McD below one any day of the week! 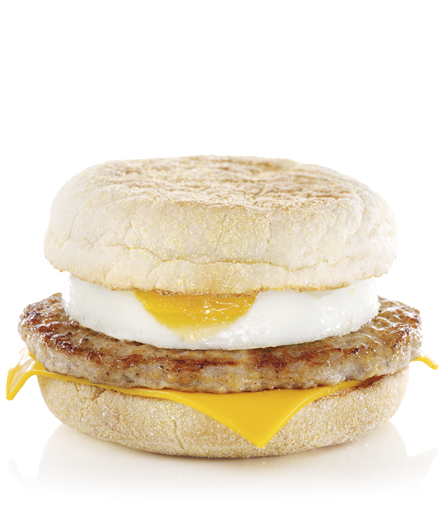 It really does make a difference how you spend those ProPoints!

We had salmon (110g = 5pp) with Actifry chips (250g = 5pp plus oil = 1pp), peas (2pp) for lunch used a lemon and dill 2pp Colmans bake in the bag to cook the salmon, it cooked it lovely but I did think the seasoning was a little too much, if I made it again, I’d on use half the mixture and save the other half for another time.

Really enjoyed all my meals yesterday and at the moment I’m off the wine too, don’t know what’s going on there but since I had that nasty lurgy the other week it hasn’t tasted nice, so I haven’t been bothering – miss my red stuff I do ;)

Jane got more than she bargained at her meeting yesterday, she’s lost over 9 stone so far and whilst chatting to Alison who’s happily maintaining at goal, she told Jane she’d lost the equivalent of Alison and suggested that Jane try to carry her round the room as that’s what she would’ve been doing day in, day out 3 years ago.  The video looks like a bit of fun but it really brings home the reality of what effect carrying excess weight must have on your joints and back, I know I can always feel the effects when I gain weight at Christmas, even half a stone makes a difference to me. 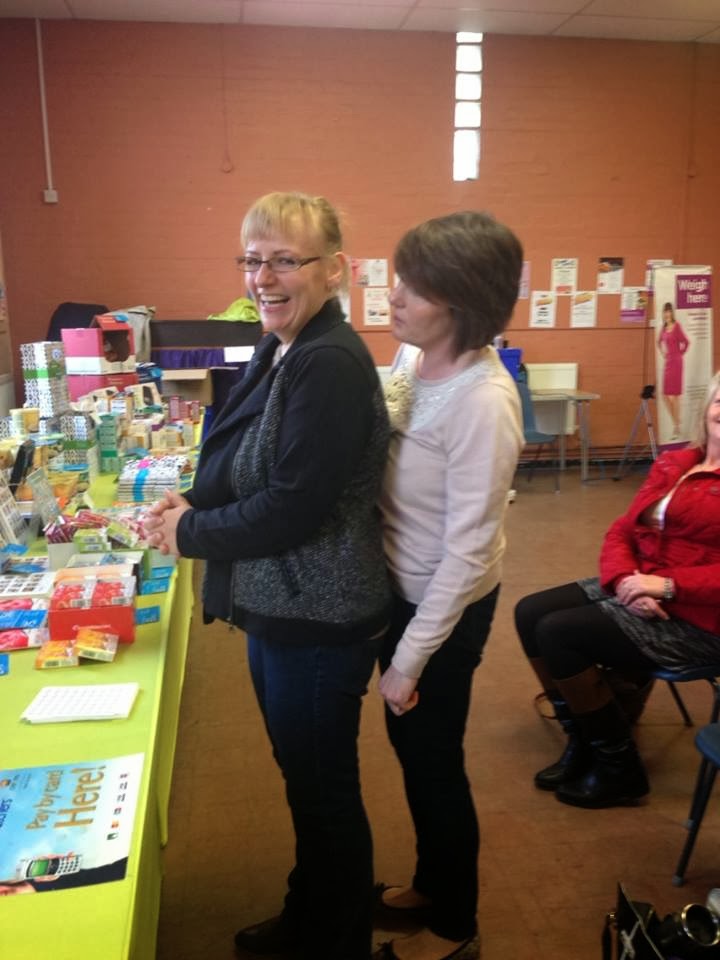 This photo shows them side by side, Jane on the left, Alison on the right – both are successful Weight Watchers and it’s quite unbelievable to think that Jane has lost what Alison now weighs! 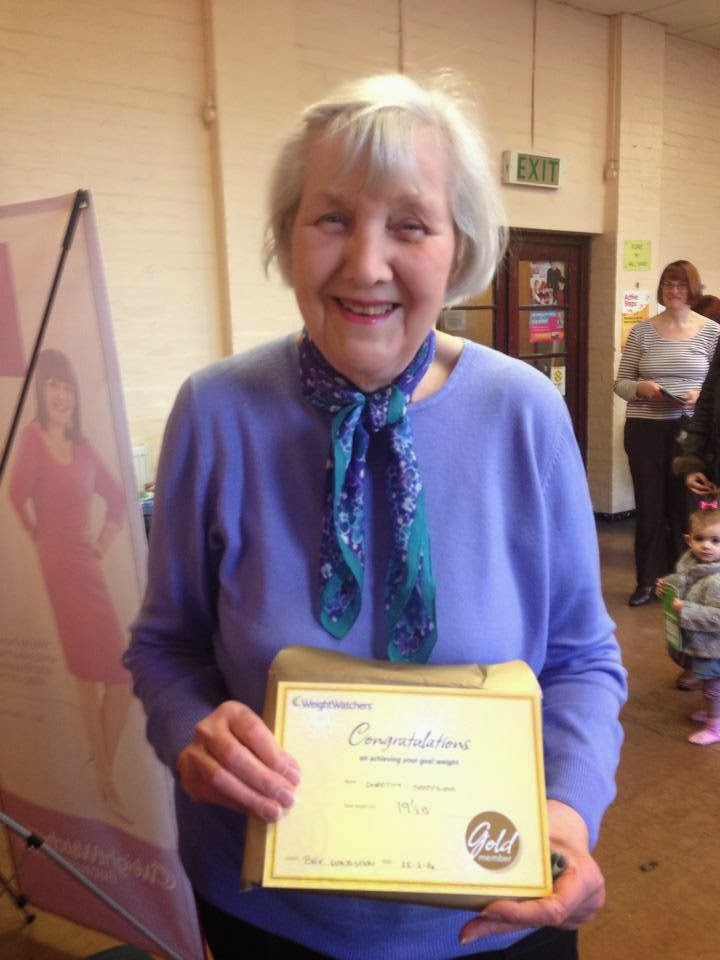 Yesterday I shared a fabulous weight loss success with you, and this morning I want to share another – the BeYOUtiful elegant Dorothy achieved her goal yesterday, 24 weeks, 19lb and proving that age is nothing but a number and if you put your mind to it – you can achieve anything you want to.

Believe in yourself – BeYOUtiful – Eat Gorgeous – Because you’re worth it!