Time is the thing that keeps everything from happening all at once. 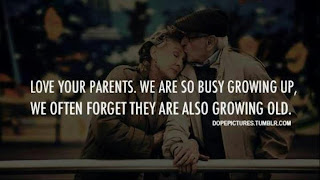 Well yesterday didn’t end quite as I expected, all that kept me going all day was going to bed as soon as I could after work.  I’d made it through the morning meetings and grabbed a hour snooze at lunchtime, then I actually didn’t feel too bad when I was driving home after my evening meetings to say I’d not really slept since getting up in Corfu on Monday morning at 6am.  Yep all I had on my mind was sleep and I knew I hadn’t got to worry about cooking because my amazing bestie had left me 26pp worth of food in my fridge the day before so I could get straight back on track, she’d left me pineapple for breakfast, couscous, tikka chicken and a gorgeous salad for lunch and sweet and sour with rice for tea (now that’s a friend!).


That’s where all my plans change, now before reading on don’t stress everything going to be fine!  I walked in and moms sat there saying she didn’t feel very good and she’d had a bit of a turn (it’s now 8pm and this happened at 6pm) so the silly stubborn mare (I have no idea where I get my stubborn streak from at all) had sat there for two hours instead of calling me.  She explained what had happened how she had just got back from a little walk with Alfie and as she was trying to get back in the house when her face/mouth had gone numb and she couldn’t get her key in the door as her co-ordination had gone.  She was sat shaking like a leaf, I called NHS Direct, shared all the systems and everything that had happened and they said I needed to take her to A&E.
I have to say they were great, very caring and we got seen as quick as was possible, they did the heart machine tracing machine and other checks and told us that she’d had a mini stroke and tomorrow someone would get in touch with us about an appointment for her to go to the stroke clinic.  She’d also got a severe upper UTI infection so they’ve given her tablets for that.  I knew she wasn’t right, she hasn’t been for a while but she’s a stubborn old boot and unless I argue about her with it she won’t go to the doctors, however earlier in the day she’d called the doctor for an appointment herself because of her nausea.  It has to be bad for her to ring them without me suggesting it, but I stood there listening to her say to the receptionist on the phone, “NOoooo it’s not an emergency”, (Really isn’t it mom!).  At the hospital when a nurse is doing her heart trace and she asked mom how she was feeling, moms reply, “I’m fine thanks” and then she wonders why we’re waiting there longer than we probably would have if she’d have answered, “I feel dreadful”, which actually was nearer the truth!  I love my mom so much but she’s such a stubborn old lady, and I know she’s passed those traits onto me and I’m probably going to be worse in all honesty as I get older.


We were seen and out in less than two hours, which I think is really good to be honest when you think about the size of the city of Wolverhampton.  What I think is obscene is the way I witnessed members of staff being abused by members of the public, absolutely disgusting and totally unnecessary.
I’m an optimist so I’m sure everything is going to be okay, although I am sure she’s had a mini stroke before now they’ve diagnosed it because she’s had a turn like this once maybe twice before when I’ve been out and she wouldn’t let me call anyone.  The NHS Direct line might seem a pain and long winded when you or someone else is ill but trust me it’s not, I can’t fault it, I’ve used it a number of times and every time they’ve directed me where I needed to go whether that be the hospital, emergency doctor or waiting to see my own, they’ve been really helpful.

I’m off to get ready for work, change of plans, late night, hospital visit and 5 hours sleep makes for someone with lots to do before they even go to work ;-)


Keep smiling, stay positive because drama and difficult situations whether it’s your diet, a family drama or whatever is always easier to cope with if you’re smiling and thinking that the best will happen. Xx
And if you are lucky enough to still have your parents, take care of them, visit them regularly or at least call because one day they may not be there and there’s nothing worse than listening to someone sad with regrets saying, “I should’ve…..”  It’s too late then.