Winds blowing away the cobwebs here...

27th December 2013
Let us be grateful to people who make us happy, they are the charming gardeners who make our souls blossom. Marcel Proust 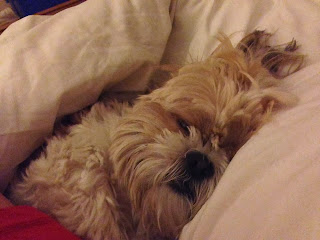 Had a lie in this morning, it’s blowing a gale out there so I lay there and listened to the noises, playing candy crush (how annoying is that game and how sad am I for carrying on playing it!)  Got up from I heard mom moving about to sort her tablets and toast out, after ten yesterday morning when she arose, I had to go check on her to see if she was ok!
The boys are still asleep, and the girls are sitting round the kitchen table I’ve just asked Jen what happened Christmas day, here is her account of our day;
“Woke up, went into the front room and the adults were already up except for dad.  Then we had to go get dad up, then we opened all our presents.  Then we played with most of our presents.  Then you bought in some more presents and we opened those and it turned out to be cameras, so we took some pictures and played with the toys we already had as well.   We all sat down and watched tv for a bit and then we watched tv for a long while until eventually you bought in a big box full of presents and then we opened the presents inside the box, Will got an Xbox one and I got a Furby and a 2ds with some games.  We watched some more tv and we played with the toys from the box and then we went to bed.”
The first thing I noticed about Jens version of events is there is absolutely NO mention of food!  When I asked Lynne to sum up the day she said “all I can remember is Champagne and giggles”
Isn’t it wonderful that food just isn’t important to young Jen, it’s just something she does when she’s hungry, the amount of food she leaves on her plate is proof that one we overfeed people (just in case they need more!) and two she’s just not fussed.  There are sweets, biscuits, cakes and all sorts all over this house and neither her nor her brother are remotely bothered by them.  I got up this morning to find a tube of Pringles ¾ full with the lid off that Will had started, I’ve never left Pringles in a tube and I don’t even like them!
Yesterday was a lovely chilled out day, we took the dogs for a walk, the kids played with their cameras, I’ve given them a scavenger hunt of things they have to find to get points and they also have to take photos of things beginning with C, apparently there are some weird and wonderful things beginning with C to photograph ;)
Television is absolutely rubbish, there’s no Sky and nothing on the regular channels worth watching, mom and I watched a couple of episodes of Mrs Browns Boys whilst the Wyatt’s went to beach, moms had the boxset for Christmas, I’ve not seen it before and have to say I did proper giggle, didn’t think a man in a dress would be my kind of comedy but seriously it’s funny as...
Lynne’s sat here trying to converse with the Furby – REALLY!
So two days of overindulging is more than plenty for me, although I do still have cheese and biscuits to enjoy, haven’t done that yesterday, breakfast yesterday was an amazing piece of stilton on a big crust of toast with a glass of very posh wine, it was around 11ish, so almost a respectable time to start drinking on boxing day ;)
Lunch was yet another cooked dinner using up the leftovers from Christmas day, then tea was at fish finger, peas and chips at the request of the kids, I could only manage 2 fish fingers and half a dozen chips – what’s happening to me, I no longer seem to have the appetite of an elephant!
Today apparently is now going to be games day, I can see drunken Twister and embarrassing photos in my head all of a sudden!  I can handle it today, yesterday I couldn’t have, I was exhausted after 5 lousy nights of sleep because of the weather and also just being in a strange bed, Lynne actually said to me yesterday, “if you were a toddler, I’d put you down for a nap now because you’re overtired and fractious,“ not having been a parent, I had to look up ‘fractious’ and this is what it said ]
Meaning “typically of children irritable and quarrelsome.”
Synonyms; grumpy, grouchy, crotchety, in a (bad) mood, cantankerous, bad tempered, ill-tempered , ill-natured, ill-humoured, peevish, having got of bed the wrong side, cross, disagreeable, pettish.
As much as I’d have liked to have disagreed with her, I have to admit she was right, I was!  Now I’m all rested and recovered and ready to start again – bring on the day!
I know normal life has resumed for a lot of people, but for us we have the rest of our holiday.
Eat Gorgeous & BeYOUtiful.
Posted by Bev at 9:03 am