If achievement had no price, it would be of no value.  So pay the price, do the work & enjoy the rewards. 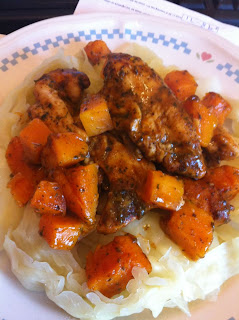 Well I had a much better day food wise yesterday, started with 2 weetabix and a banana, which was nice but they really do repeat on me afterwards, not going on my favourite list I have to say!  The when I got home at lunchtime I made chicken and butternut squash in a herb sauce using on of these So Juicy cook in the bag things (on offer in Home Bargains), it was delicious for 6pp, and I served mine with some white cabbage that needed cooking.  Then for tea I had the leftovers in a toasted wholemeal pitta bread, very satisfying indeed.  No wine but I didn’t indulge in a big baileys – I’ll be glad when it’s all gone and I won’t be buying any over Christmas! 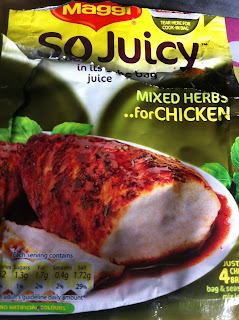 Loved my meetings this week, everyone’s been fab and I think a lot of members have decided regardless of circumstances or the weather, they will have a weight loss next week.  One member made me smile yesterday when she got on the scales and said “this won’t be good, I don’t emotionally eat I excuse eat, give me any old excuse and I’ll have something to eat”.  Hearing this comment from one so young  didn’t just amuse me but impressed me that she knew herself so well.  Hands up if you excuse eat?  I know I do, at the moment I’m excuse drinking Bailey’s, using the excuse, “well once it’s gone, I can move on” because of course it’ll go off if I don’t drink it won’t it!
I’ve not got to rush to get everything done today because my mates gonna drive over here which is brilliant, I might treat her to lunch as a thank you, time is so precious isn’t it especially when you’re short of it.


I’m looking forward to the weekend, off to see Annie tomorrow at the grand which should be fun.  I really should think about packing for my holidays but I don’t like packing and it’s not gonna happen till the last minute, and I know I will forget most things anyway ;D
Today’s also going to be a challenge as we’re off to Cosmo for lunch but I plan to be sensible and I’ll stay away from the deep fried stuff, If we’re honest every day’s a challenge isn’t it in a different way, so I’ll be fine.  Fruit breakfast and a light tea, it’ll all be good, heck I might even get mom to hide the bailey’s while I’m out ;D


How silly! Hiding the Bailey’s but maybe not, maybe out of sight, out of mind works!  Research shows that just placing food or drink out of sight or moving it a few metres away can have a big effect on consumption.  In a series of studies, experimenters strategically placed jars of chocolates around an office and carefully counted how many were consumed.   In one condition they compared placing the jars on people’s desks with moving them just two metres away.  In another, they placed the chocolate in either transparent or opaque jars.  Putting the chocolates on people’s desks resulted in staff consuming an average of six more chocolates each day, with the chocolates in transparent jars eaten 46% more quickly than those in opaque jars.  A similar principle applies to food around the house.  In another study researchers stockpiled people’s homes with either large or moderate quantities of ready-to-eat meals, and discovered that the food was eaten at twice the rate in more heavily stockpiled homes.  To cut intake, make sure that tempting foods are out of sight, and in a place that is difficult to access – like on the roof!
So I’m thinking I might do a mixed veggie dish using one of those So Juicy bags later because that would be a mere 3pp for the entire thing, good for dinner when you’ve been out for a meal at lunchtime!

Almost the weekend – have a fantastic  Friday xx