What’s 12in x 12in and has the ability to change your mood in an instant?

24th May 2013
It is wise to direct your anger towards problems -- not people; to focus your energies on answers -- not excuses. William Arthur Ward 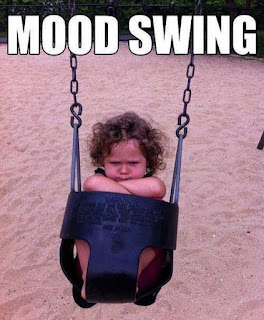 Still playing in the park though ;)
What’s 12in x 12in and has the ability to change your mood in an instant?
Yep a set of weighing scales!  I’ve been as good as gold since last Friday, done the veggie thing from Monday and got on the scales yesterday and gained half pound – go figure, bless my guest blogger yesterday after all her efforts she too gained Wednesday night which just goes to show the body doesn’t react immediately to any changes you make!  Frustrating but true….
So all I can say is it’s a good job I was weighing myself yesterday morning or my leader would have been getting a load of earache, it didn’t help that all my darling helpers and the members standing in the vicinity started laughing when I told them ;-/ nor did it help that I’ve been a hormonal, emotional wreck this week for god knows what reason – one minute I’m absolutely 100% fine, the next I’m sat crying (as my poor brothers witnessed when they decided to facetime me from Corfu Wednesday morning – poor boys!)
So once I got over the fact I hadn’t lost, I’d actually gained and gone through the “I hate scales and diets” argument in my head, I calmed down, realised I was wearing totally different clothes to the week before which weighed heavier (I had only gained 1/2lb after all) and without going into details my toilet habits had been different this week possibly due to the veggie thing but not in the way you’d expect!
I’m over my drama now and my hormones seem to finally have settled down, can I just had they suck, they really do but I’ve decided it happens for a reason so I’m embracing it, when I get the urge to cry – I cry, because underneath it all I know I’m not depressed as ten minutes later I’m absolutely okay again, its just my hormones taking me towards the menopause and out the other side, sooner rather than later I hope.
The brain works in funny old ways, because I failed to get a weight loss by lunchtime I was craving meat, my mind was convincing me that was why I hadn’t had a weight loss because I’d had more carbs than protein than I usually do - who knows it may have been true, I hadn’t eaten brilliantly Tuesday because of being in a rush so it had been a day of carbs, breakfast had been egg, mushrooms, tomatoes on a warburton thin, lunch was a cheese and beetroot sandwich and tea was crumpets with goats cheese so yeah might explain the bathroom issue too (too much info I know but it’s my blog and my memories for when I’m old with dementia to reminisce ;) so sorry, what am I talking about when I’m old – my memory has been shot to pieces for years already, so my blog is my memory NOW!)  Anyway, I folded, last night for tea I had chicken with my salad pittas, and it was amazing, I’ve loved the veggie meals I’ve made the effort to cook this week but I do like my meat and how I managed 8 years as a vegan I will never know because you can not beat a bit of chicken skin or a nice steak, mmm.  I shall still make my tandoori paneer biryani today, as I said the veggie stuff is lush, but I will also be indulging in a steak today or tomorrow with Actifry chips, fried onions and mushrooms.  Oh my mouths drooling – I could never be a skinny mini could I, food is just too delicious to go without just to be a size 8 – nah, size 12 and scrumptiously full is my nirvana ;)
On that note, have a fabulous Friday – the weekend is upon us, a bank holiday one too.  I intend to have a good sort out in my house, I’ve already started, filled 6 charity bags yesterday full of clothes.  I’m thinking if there’s less stuff in the house, it’ll be easier to stay on top of all the chaos – I’ll let you know how long that lasts ;)
EatGorgeous, be BeYouTiful and embrace your foodie cos she’s scrumptious and curvy xx
Posted by Bev at 8:05 am